Actor Piolo Pascual paid his mother Amelia Nonato Pascual a surprise visit in the United States on her 75th birthday. 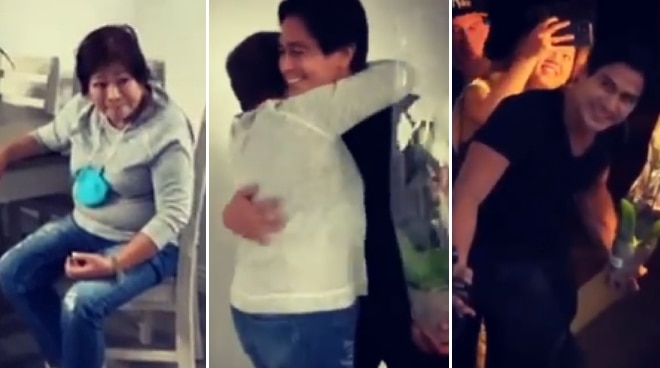 Actor Piolo Pascual paid his mother Amelia Nonato Pascual a surprise visit in the United States on her 75th birthday.

On Instagram on Monday, June 14, Piolo shared a video showing how he surprised his mother with flowers on her special day. In the caption, he shared his short but heartwarming birthday message for his mom.

"This will always put a smile on my face. I’m utterly blessed to have a beautiful mum and celebrate her milestone with her," he said.

"Happy 75th birthday @tuknay. Your love will always be appreciated and your presence [will] always calm my spirit. Love you very much Mum. Enjoy," he added.

In the comments section of his post, several celebrities also wished his mother a happy birthday, including Carmina Villaroel, Aiko Melendez, and Angeline Quinto.

In her first-ever television interview back in 2016, Amelia described Piolo, her youngest son, as a certified mama's boy.

During the interview, Mrs. Pascual also admitted that she initially didn't want her son to join showbiz, stressing that their family values their privacy a lot. However, it turned out that she was left with no choice, as Piolo went ahead and signed a contract without asking her permission.

When asked for her message to her son, Amelia said: "Alam mo walang wala na akong mahihiling pa. Talagang he's the kind of son that every mom should have talaga. Very grounded, mabait, madasalin, disciplined, mapagmahal sa kapatid, at mapagmahal sa pamilya. At saka he puts himself always last."