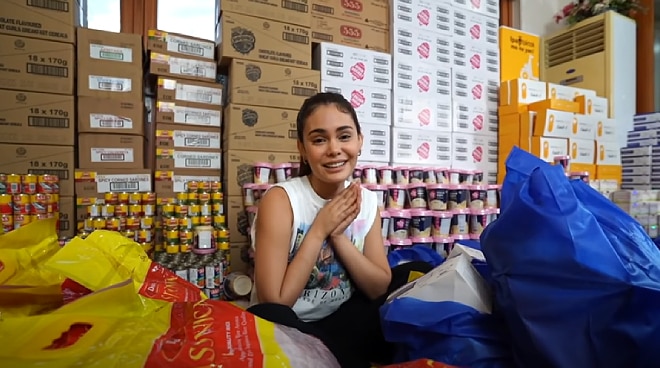 The Kapamilya actress celebrated her latest achievement by giving away P1.3 million worth of cash, along with 1,300 packed meals and grocery bags, as seen in her vlog released over the weekend.

"Mas maganda talagang ibalik yung blessings. This is my own small way of celebrating a milestone—13 million with you guys," she added.

As revealed in the vlog, the bags were distributed by Ivana's staff to various individuals in Manila, including side vendors, street dwellers, garbage collectors, persons with disabilities, and tricycle drivers.

"Gusto ko mag-thank you kay God for giving us the blessings, and of course sa inyo, sa mga nanonood. Lagi kong ibabalik sa inyo 'to. And this is just the beginning," said Ivana.

Ivana, 24, launched her YouTube channel in 2019, and has since become one of the most popular celebrity vloggers in the country, alongside the likes of Alex Gonzaga (10.6M), Donnalyn Bartolome (7.29M), and Vice Ganda (5.33M).

To date, her entire channel has garnered a total of 810 million views.