BTS also expressed its gratitude to all the Filipino fans who have shown them undying support. 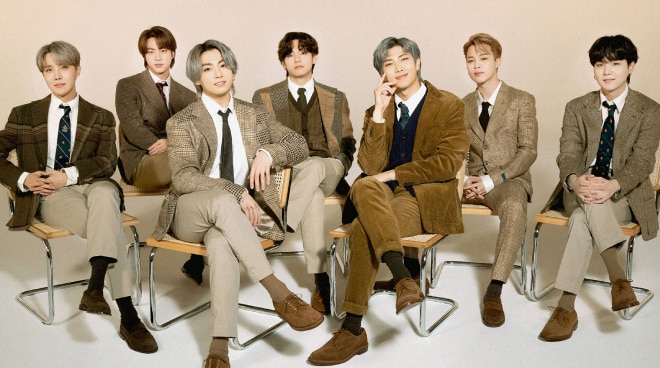 The members of the phenomenal South Korean boy group BTS couldn’t be more excited to return to the Philippines soon.

They miss us just as much as we do! 💚💜 @bts_bighit is looking forward to visiting soon, eating local cuisine, engaging online with the Filipino ARMY, and more!

The seven-member group had fans screaming and giggling at the same time while watching them talk about what makes the Philippines and their fans special to them.

Having been asked about what they think about the support they’ve been getting from PH ARMY throughout the years, RM — one of the group’s members — recalled seeing his fans lining up under the scorching heat while waiting for them.

“I think we always went to the Philippines every year during our tour. A lot of fans were waiting and supporting us in the heat,” RM said.

He added by saying he hopes to see his fans soon. “I’d like to visit again as soon as possible to hear the cheers of ARMY in the Philippines.”

Jin, on the other hand, called the Philippines a “great country” and shared his hopes to return soon for a vacation.

“The Philippines is a great country and I really want to go there for vacation. I want to visit you again,” Jin said.

Suga, a basketball fan, praised Pinoys whom he cited for being big fans of the widely-popular sport.

J-Hope, for his part, described Filipino food as “delicious.” “Yes, I know about the Philippines very well. The Philippines is a must-stop for a Southeast Asia Tour. Food is also delicious and I love the Philippines,” J-Hope said.

Meanwhile, Jimin revealed he is aware of the fans’ support on social media which include messages on different platforms and doing song covers.

“We know that you are always sending messages through social media to us. We also know that you upload lots of videos of covers of our songs and choreo, and different challenges,” Jimin.

V also said he wants to meet his fans soon while Jungkook said he feels grateful for the support the group has been getting from ARMY.

“I hear that there are a lot of ARMY in the Philippines. I’d like to meet you as soon as possible,” V said.

“Yes, I’m grateful to all the ARMY who support us from far away,” Jungkook said.