Has Claudine Barretto spoken to her sister Marjorie yet? Here’s her response

Claudine Barretto had hoped that Marjorie’s children didn’t get involved in their misunderstanding. 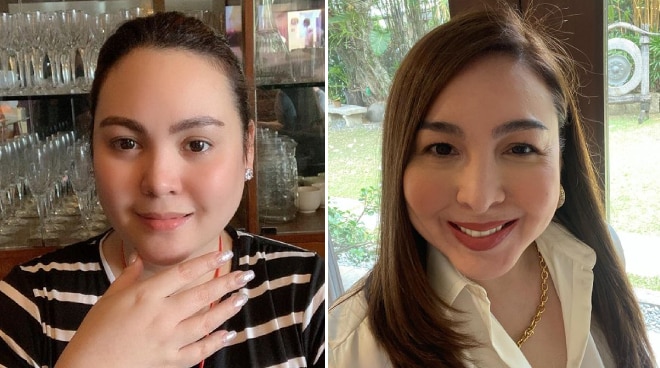 It’s been nearly two years since the controversial incident that transpired between the Barretto siblings during the wake of their late father Miguel Barretto. But according to Claudine Barretto, she still hasn’t spoken to her sister Marjorie since then.

In an exclusive interview with entertainment reporter Aster Amoyo, the Optimum Star answered a number of questions about her family — including one involving her parents and sisters.

Having been involved in various controversies with her sisters in the past, Claudine admitted a part of her feels sad that her parents had to go through public scrutiny.

“Nakakahurt that they have to go through so much hurt because of the careers that we chose,” she added.

Meanwhile, Claudine also talked about her relationship with her sister Gretchen whom she admitted to having gotten closer with after a three-year misunderstanding that has since been resolved.

“She’s the sweetest. She’s very loving, thoughtful, sweet, kind. Before kasi, mas close sila ni Marjorie and hindi kami ganito ka-close ng Ate ko. And I think that the attention she has now is for me,” she said.

“So, talagang she makes sure talaga na my kids, if they want anything, you know, they’ll call her,” she added.

Claudine also talked about her other sister, Marjorie, whom she hasn’t seen or spoken to since the wake of her father who died in 2019.

“Ever since the wake of my dad, we haven’t seen each other. So, for two years,” she revealed.

When asked if she’s still in contact with Marjorie’s children, she said: “I don’t get to see them also. Sad nga. Dapat hindi kasali ‘yung mga bata eh.”