Actress Maris Racal shared an intriguing post on Instagram Monday, May 31, shortly after she finally spoke up on the real score between her and musician Rico Blanco. 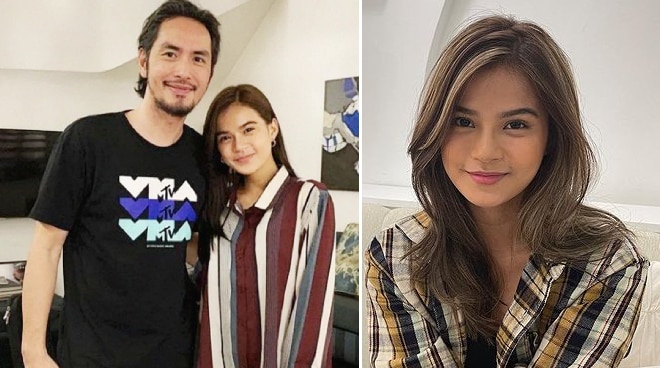 Actress Maris Racal shared an intriguing post on Instagram Monday, May 31, shortly after she spoke up on the real score between her and former Rivermaya frontman Rico Blanco.

In an Instagram Story update, Maris posted a photo of a cake. Written in icing were the words: "Age is just a number." The post was perhaps Maris's answer to netizens who pointed out their 25-year age gap after the actress finally admitted during a digital press conference for two upcoming episodes of Maalaala Mo Kaya that she is happy with Rico.

When asked to describe her relationship with the OPM icon, she said: "Kami po ni Rico... I think basing po sa post na ginawa ko po, I think it's very obvious. Right now, we are very excited and busy din. We are preparing such beautiful music together. Kaya abangan nila 'yon soon."

It was last March when Maris, 23, and Rico, 48, made headlines after the former's birthday greeting to the latter spurred rumors that they are romantically involved.

The two first collaborated in 2019, on a track titled "Abot Langit". They also appeared in the music video for it.

Rico also arranged and produced Maris' song "Not For Me", which she released on her 23rd birthday last year.