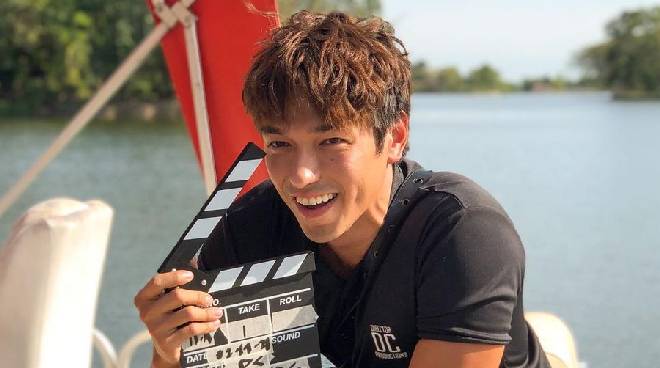 Even though he is known more in the industry as an actor since his small screen debut in ABS-CBN’s 2008 series My Girl up until his appearance in the 2020 series Love Thy Woman, David Chua has started working on the other side of the camera since the network closure last year, having directing show segments for different networks. After creating his own production company called Dark Carnival Productions, David hopes to use his Fine Arts background to create even more creative projects.

“It’s a very young production company. But somehow, Dark Carnival happened. Now, I believe it really is what you make out of every situation. Kung hindi nangyari ang closure ng home network ko, plus this awful pandemic and lockdown, hindi ko maiisip to explore other options. Art cannot be killed by a virus or any political circumstance. And, yes, we are able to somehow plan for the year. Thank you, Lord. Despite the pandemic I'm currently on digital campaigns for the private sector. Next I'll be doing a documentary for a digital platforms. And then in the works is a new indie film and plans to direct a mainstream movie —- but then again I'm doing all these step by step,” he told PUSH in an exclusive interview.

Having to manage out-of-town shoots while the country is still on lockdown is another hurdle for the new director. “The challenge was how were we going to do all this in the middle of a pandemic. Unlike before, now a production requires more safety protocols. They require us to do lock-in setups which means more expense. You know, closed in sets and lock-in tapings plus entry and exits swabs. All content providers now have to contend with this reality. My biggest inspiration? An empty stomach, haha! Of course, feeding my passion,” he explainedwith a smile.

Even with his work schedule behind the camera, David said he is not quitting acting just yet. “My first love was and always will be acting. It is more than a passion, it is my love. We're going to start on a series and a new indie movie soon, possibly third or fourth quarter this year. But the opportunity now is in producing and directing. So I'll be focusing there in the meantime,” he said.