Model-entrepreneur Georgina Wilson has given birth to her third child with her husband, businessman Arthur Burnand. 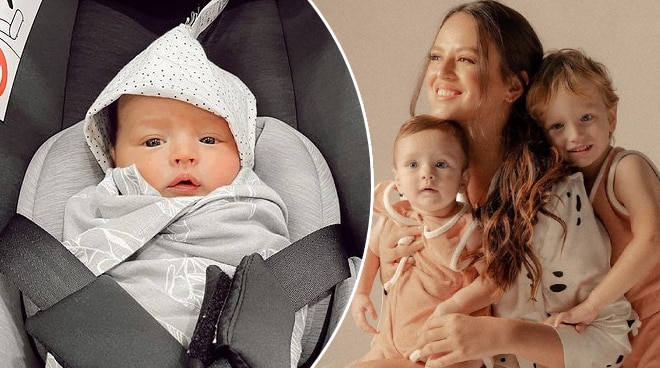 Model-entrepreneur Georgina Wilson has given birth to her third child with her husband, businessman Arthur Burnand.

On Instagram on Monday, May 3, Georgina introduced their newborn baby, Charlotte Arabella, who was born last April 5.

She also shared polaroid snaps chronicling the birth of their daughter.

"A baby sister," she captioned the photos, one of which shows her two sons, Archie and Alfie, bonding with baby Charlotte.

It was on her birthday last February 12 when Georgina, 35, revealed that she was pregnant with her third child.

She shared a photo of herself flaunting her growing baby bump on Instagram, and in the caption revealed that she was giving birth in six weeks’ time.

"Birthday gift coming in 6 weeks. HBD to me," she said at the time.

READ: Georgina Wilson reveals she is pregnant with third child

Georgina introduced her newborn child just three days after she and her husband marked their fifth wedding anniversary.

The couple first tied the knot in a civil ceremony in Hong Kong in February 2016, followed by a church wedding in England in April of the same year.