Actress-singer Alexa Ilacad surprised her fans with the release of her newest single “Stay Right Here.” 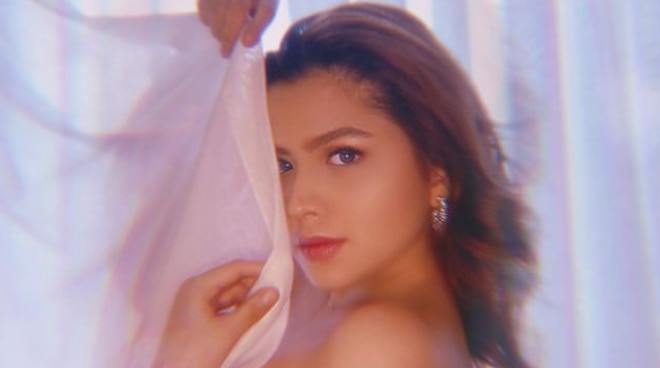 Alexa Ilacad surprised her fans on Friday, April 30, with the release of her newest single.

Titled "Stay Right Here", the song is "an ode to human vulnerability, passion and a keen longing to be loved or give love," the actress-singer said in an Instagram post.

"This sophisticated track puts my musicality in a different light as I explore a totally new sound with my vocals and continue to grow as an artist," she added.

Addressing her listeners, Alexa said, "I hope you get some enjoyment out of this song, especially during this time of distancing, as we all have to 'Stay Right Here.' I hope that by listening to the music, it seduces you into forgetting about our new, repetitive cycle, and instead, entice you to feel liberated by setting our bodies free at home."

In a recent interview with PUSH, Alexa, who currently appears in the primetime series Init Sa Magdamag, said her role in the ABS-CBN drama inspired her latest single.

READ: Alexa Ilacad gets inspiration from her role in ‘Init Sa Magdamag’ for her new single ‘Stay Right Here’

“I have a show right now, yung Init Sa Magdamag. My role there is a very independent woman of today, very liberated, matapang, confident with herself. I am personally not as confident tulad ng role ko do’n but that’s what I’m trying to portray with this new sound, with my music because I think that character helped me a lot," she said.

“With this one, I’m trying to show a different side of me, so I got a bit of inspiration from my character right now. Iba ito do’n sa last single ko na medyo pa-sweet,” she added, referring to her song "Love at First Sight'', which was released last November.

It was in 2016 when Alexa released her debut album To The Moon And Back.