Jayda Avanzado on friendship with Francine Diaz: ‘I consider her to be a sister to me’

‘Malabong Usapan (MU)’ singer Jayda Avanzado talks about how she met her closest friend in showbiz. 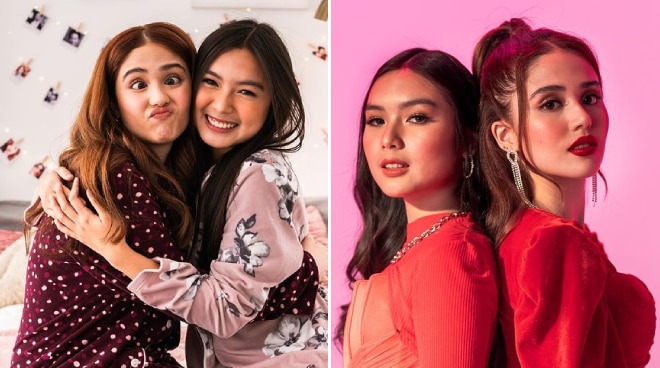 During the special announcement launching her as Rise Artists Studio’s newest member, Jayda Avanzado also premiered her latest music video “MU (Malabong Usapan)” which was a song she wrote, co-produced, and even co-directed the music video for. The video also includes her best friend, Huwag Kang Mangamba actress Francine Diaz.

The “MU (Malabong Usapan)” singer said she and Francine were just having one of their usual girl talks when the concept for the song about a woman who refuses to be confused with no label relationships came up.

Jayda said she considers Francine one of her closest friends in showbiz. Their friendship started unexpectedly abroad.

“Nagsimula kasi yun nung nagkasama kami sa isang flight from San Francisco. I think they came from ASAP Bay Area and I happened to be in the bay area kasi dun talaga ako based sa America. Dun ako lumaki and it just so happened na we were on the same flight and magkatabi kami sa plane and we got to chatting there and we became super close. So doon talaga nagsimula yung friendship namin. Pero masasabi ko talaga na mas naging close kami throughout quarantine. I think my friendship with her was one of the best things to come out of quarantine. Talagang I consider her to be a sister to me now. Dun talaga nagsimula yun,” she said

Aside from joining the Rise Artists Studio this month, Jayda is also busy preparing for her first major concert Jayda in Concert which will be streamed online on June 26. Tickets can be purchased through KTX.ph, iWantTFC, and TFC IPTV for only P499. Limited tickets are available for P799 which includes exclusive access to an online VIP party with Jayda.