‘I’m not available’: Rabiya Mateo shuts down rumors linking her to Andre Brouillette

Rabiya Mateo stressed that she is only friends with Andre Brouillette. 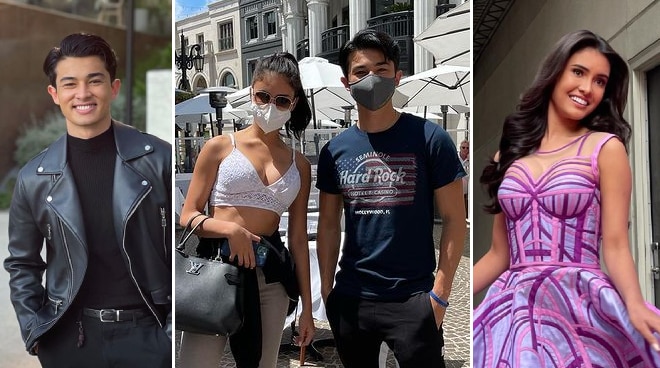 This was after netizens spotted them having lunch together alongside a companion in California, stirring speculations online.

On Wednesday, May 26, Andre posted on Instagram, "Lunch with the lovely and beautiful Miss Universe Philippines @rabiyamateo."

Rabiya also documented their lunch on her Instagram Stories.

Weeks ago, Andre also posted a photo with Rabiya on social media cheering for the beauty queen days before the Miss Universe pageant. Rabiya is currently in the US attending events after joining the Miss Universe pageant in Florida.

Andre is currently single. In January this year, the former housemate revealed his separation from Lou Yanong

Meanwhile, Rabiya has been in a relationship with her non-showbiz boyfriend Neil Salvacion for six years. However, rumors of their separation circulated online as netizens noticed that photos of Rabiya were no longer visible on Neil's Instagram page.