Michael Cinco has spoken following the accusations thrown against him. 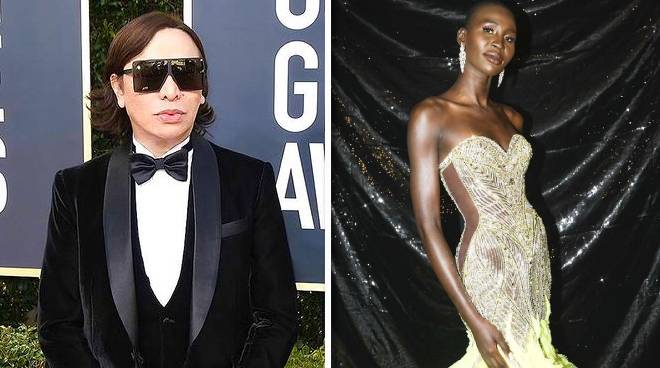 The world-renowned Filipino fashion designer, in a lengthy post on social media, said there is no truth to claims that he sabotaged Miss Canada Nova Stevens whose gowns were supposedly “sent late by Michael’s team” and that when they arrived “none of them fitted!”

The Dubai-based designer—who admitted that he isn’t the type to respond to rants on social media—said the glam team of Miss Canada earned his ire for blaming him for the loss of the beauty queen.

He wrote: “Now this is for you to the whole Miss CANADA Team Migüel Martinez, Denis Martin Davila, and Miss CANADA Organization and your ungrateful Miss CANADA Nova Stevens. You have been spreading fake news about me and my team being unprofessional days before the pageant but I chose to be quiet and calm. But this time, I need to stand up for me and my team, as it is just so UNFAIR!”

Michael said there is no truth that the gowns did not arrive on time. He also added that Nova’s team sent him a photo of the Canadian beauty queen looking happy while wearing his creation.

“FIRSTLY, the gowns arrived on time. Or how could you have sent me photos and videos of her wearing them, showing how the gowns perfectly fitted her, days before each event. You even posted a video of NOVA in her last fitting and she was happy,” he said.

Apparently, he was forced to make changes with the size of Nova’s gown even if he disagreed because for them, “comfort doesn’t matter.”

“You were forcing me to make Nova’s 26” waist line to be cinched to 23,” which I obviously didn’t heed even if you said that in pageants, comfort doesn’t matter. But PLEASE don’t say that her gown was ill-fitting,” he wrote.

He also said he had to pay for the publicity of the gowns when he hired a world-class photographer.

He said: “SECONDLY, the insinuation that my team was trying to sabotage her win, is just absurd. Her life story was supposedly inspiring and I even went out of my way hiring a team of world-class photographer to shoot her in my couture gowns at a world-class location in Dubai just to give her extra publicity mileage and create for her a balance of glam and luxury as opposed to her humble homecoming in Africa. And everything was PAID FOR BY ME. Did you get that?”

Having also helped Miss Romania, Miss Mexico, and Miss Czech Republic with their respective gowns, he said he could not understand why the beauty queens from the three countries took the time to thank him while Miss Canada’s did not.

“THIRDLY,  if it doesn’t add up to you, then I’ll add Miss ROMANIA, Miss MEXICO and Miss CZECH REPUBLIC who all wore couture gowns from my latest collection in Preliminaries. Sadly, it is NONE OF YOUR BUSINESS,” he said.

“Let me just add that they are endlessly thankful. The new Miss UNIVERSE Andrea Meza of MEXICO who was not able to wear my gown at either nights, even took time to send me a THANK YOU message right after her coronation,” he remarked.

“Miss ROMANIA Bianca Trilsin even sent me a video message and was very grateful and is even planning to come to Dubai next week to meet me and THANK me personally. Miss CZECH REPUBLIC was so humbled and honored to wear my gown,” he added.

He continued: “Former Miss Universe 2017 DEMI-LEIGH TEBOW was so gracious to send me video greeting and thanked me for the gown she wore. But for NOVA and your team, not only have I not got a curt THANK YOU but even seemed so upset with me for being eliminated in the pageant. AM I THE JUDGE?”

He also asked Nova’s glam team to stop blaming him for Nova “not make it to the Top 21” in the competition.

He said: “STOP blaming me for Nova’s not making it to the Top 21 in Miss UNIVERSE. In fact, she did not wear my gown to the prelims as you were earlier posting that she will wear another gown. And now YOU’RE TELLING ME that her PRELIMS GOWN KILLED HER to advance to the finals. Am I to be blamed for that?”

Michael then lambasted the people behind the post which apparently have been using him for the past three years.

“And LASTLY, here is the real TRUTH TO BE TOLD...YOU and your team have been USING me for the past 3 consecutive years to dress up your candidates WITHOUT PAYING ME ANY CENTS! You don’t even pay the courier or any other charges. A SIMPLE THANK YOU NOTE FROM NOVA, YOU AND YOUR TEAM would have sufficed. But you don’t have the grace and decency to do that,” he said.

He added: “YOU ALL ARE UNGRATEFUL, VILE and professional USERS. Next time don’t ask me or any FILIPINO designers to dress up your candidates. Ask your Canadian designers to showcase your works on the world stage...I DON’T NEED YOU in my career.”

“Dressing up your candidates WILL NOT HELP MY BUSINESS and I was just very KIND to you coz i thought YOU ARE MY FRIEND...STOP scamming FILIPINO designers...HOW DARE YOU...SHAME ON YOU and your whole CANADIAN Team,” he continued.

Earlier, Miss Canada had revealed she had been getting racist comments from Filipinos in the weeks leading to the competition.

Last May 19, he shared a photo of herself wearing the Michael Cinco creation which she revealed she didn’t get the chance to showcase.