Catriona Gray is currently in Australia with her parents, whom she recently reunited with after more than a year. 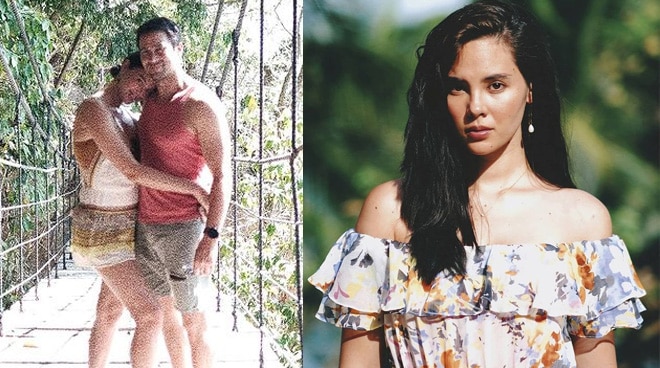 Miss Universe 2018 Catriona Gray once again took to social media this year to greet her boyfriend Sam Milby on his special day.

The beauty queen said she’s feeling sad because she couldn’t celebrate with her boyfriend on his birthday this year.

Read:Catriona Gray opens up about relationship with Sam Milby

“Happy Birthday my love @samuelmilby! So sad I can't be with you today to celebrate (even though you hate birthdays) but I'm so thankful I get to do life with you. ILYSM,” she wrote in her post.

Meanwhile, Catriona recently flew to Australia to reunite with her parents whom she hadn’t seen in more than a year.

Sam Milby, who confirmed his relationship with Catriona on Instagram during his birthday last year, recently turned 37.

He said Catriona is “worth every second of the wait.” He also called his 36th birthday  "his most special birthday yet.”

In January 2019 — just a month after Catriona was crowned Miss Universe — a photo of Sam with Catriona and her dad at a farm in Tanay, Rizal made rounds online.

Erickson Raymundo of Cornerstone Entertainment immediately dismissed speculations and said that the two are just friends.

Read:Catriona Gray shares the qualities she admires most about boyfriend Sam Milby

Nearly a year later, Catriona also denied anything romantic was going on between them in a “Tonight with Boy Abunda” interview and said she and Sam are just friends, who go to the same church together.