Former love team partners Edward Barber and Maymay Entrata shed some light on why they chose not to get into a relationship. 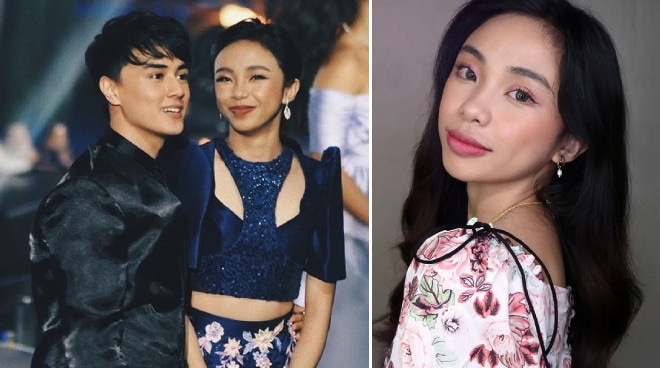 It’s been four years since they first became paired onscreen as the love team known as Mayward but last year, Maymay Entrata and Edward Barber stunned their fans when they released a statement in April about the real status of their offscreen relationship. The couple ended their statement with, "We both are still very young, and there is so much more we still want to achieve in our lives."

This year, it looks like all is not over between the two when Maymay guested on the finale episode Edward’s online show Kwentong Barber on Kumu last May 19 and asked his perennial leading lady, “Maymay, is there still a chance?” Without giving specific details, Maymay chose to answer the question by sharing how her past experiences have made it hard for her to regain trust once it is lost. She said, “Sige magpakatotoo na tayo. Kagaya ng sinabi mo kanina yung mga pagkakamaling nagawa. Ang pinakamahirap kasi sa'kin kapag nasira na 'yung tiwala ang hirap mabalik. Alam mo yun, kahit bigyan natin ng mahabang panahon para mabigyan ng pagkakataon na para may maging chance pero alam natin sa sarili natin na mahirap maibalik yung tiwala na nawala,” hinting at what they went through last year.