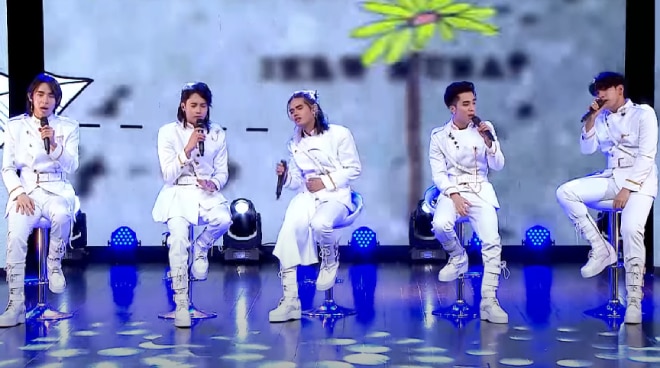 P-Pop group SB19 wants to honor parents through a ballad that sends a metaphorical message thanking them for serving as guides with the song “Mapa” or map. Parents are meant to steer children in the right direction — serving as guides to the right path for their future.

SB19 has yet to release the official music video for the said track but has dropped a music video just as sentimental.

The group did a live performance of “Mapa” through a showcase that premiered on Tuesday, May 18.

SB19 recently got a nomination at the Billboard Music Awards for Top Social Artist, joining the likes of K-Pop groups BTS, BLACKPINK, and SEVENTEEN as well as American pop star Ariana Grande.

The Cultural Center of the Philippines, for one, encouraged Filipinos to vote SB19 for the said category.

For the first time in history, a Philippine act/artist has been nominated in the Billboard Music Awards (BBMA) under the Top Social Artist award category.

— Cultural Center of the Philippines (@TheCCPofficial) May 18, 2021

Fans can vote on https://www.billboard.com/p/bbmasvote/ until it closes on May 22nd at 2:59 PM, Philippine Time.

SB19 — a group composed of five members — climbed its way to becoming one of the biggest acts in the country in a span of four years.

Comprised of members Justin, Pablo, Stell, Josh, and Ken, SB19 has released songs like “Alab,” “Hanggang Sa Huli,” “Go Up,” and “What?”