‘Thank You God for answering my prayers’: Catriona Gray finally reunites with parents

Former Miss Universe Catriona Gray has finally reunited with her parents in Australia. 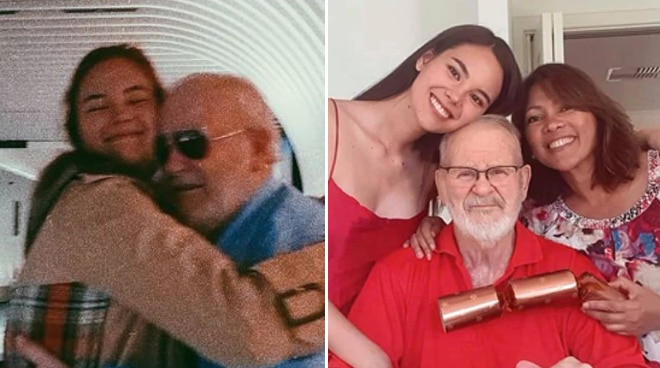 Catriona Gray has finally reunited with her parents in Australia.

On Instagram on Tuesday, May 18, the former Miss Universe shared photos of herself reuniting with her Scottish-born Australian father Ian Gray after more than a year apart.

"1 year and 4 months later...  finally reunited with my mama and papa bear," Catriona wrote in the caption.

"Family is everything. Thank you, God, for answering my prayers," she added.

It was early this month when Catriona, 27, revealed that she had flown to Australia to visit her parents for the first time since 2019.

READ: Catriona Gray visits parents in Australia after more than a year

"After countless rescheduled flights, two flight cancelations, swab tests, stress, applications and waiting... I'm finally on my way to see my parents for the first time in one and a half years," she said at the time.

Catriona shared that after she won Miss Universe in 2018, she made a vow to herself to visit her father at least four times a year.

"It's always been a fear of mine, having an older father, of not having enough time with him," she admitted. "I don't want to one day, be full of regret for not having given time to one of the most important people in my life."

However, since the COVID-19 pandemic, the beauty queen and her dad have spent the majority of time being apart.

"I know I'm not alone, as so many families face the same reality in the time of COVID," she said.

Upon her arrival in Australia on May 4, Catriona underwent the mandatory 14-day quarantine at a hotel in Adelaide.

"In deciding to come here to Australia I had to choose to either cancel/postpone work or to not see my family," she said in her previous post.

"I feel like one of the biggest realizations I've had in this season is that relationships and family are the most important things—so it was an easy sacrifice to make," she added.