After Miss Universe, Rabiya Mateo is craving for this Korean dish

Rabiya Mateo shared what dish she is looking forward to eating after the pageant. Now that the Miss Universe pageant is over, Rabiya Mateo shared that she is craving for this popular Korean barbecue dish. 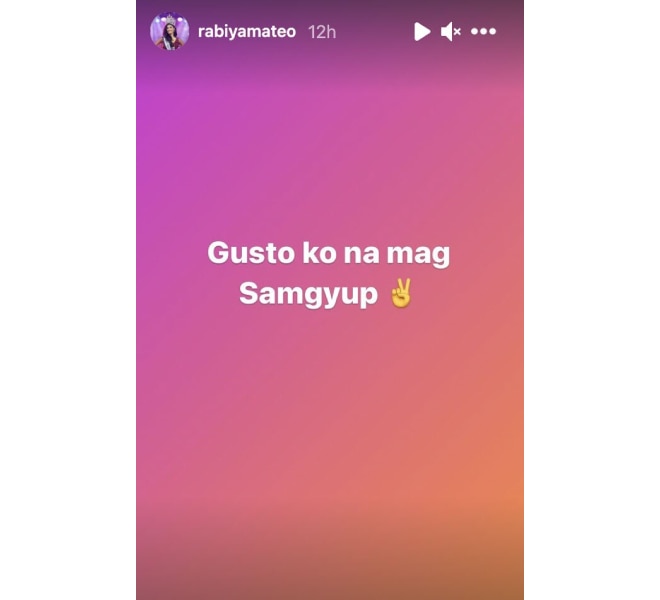 While she waits for her samgyupsal craving to be fulfilled, Rabiya enjoyed Filipino food in the US recently as seen in her Instagram Stories.

Rabiya made it to the top 21 of the 69th Miss Universe pageant held in Florida on May 16 (US time).

READ: Rabiya Mateo: ‘In my heart, I did everything I can’

She remarked that it has been an honor to be part of history.

"It was such a beautiful moment to represent you, Philippines. I am forever honored to be part of the legacy of our history," she said.

Rabiya also relayed how she prepared for the pageant saying she gave it her all.

"In my heart, I did everything I can. I trained really hard to be physically fit. I would have sleepless nights trying to read articles to be updated. I made a lot of sacrifices people can't sometimes see. Early calltime. Late night rest. Trying to be sane and motivated. It was a challenge but it made me so much stronger everyday. Salamat mga kababayan! Mahal ko kayo!" she stated.