Kathryn Bernardo gave her fans a first, behind-the-scenes look at her newest project, which will be directed by Daniel Padilla. 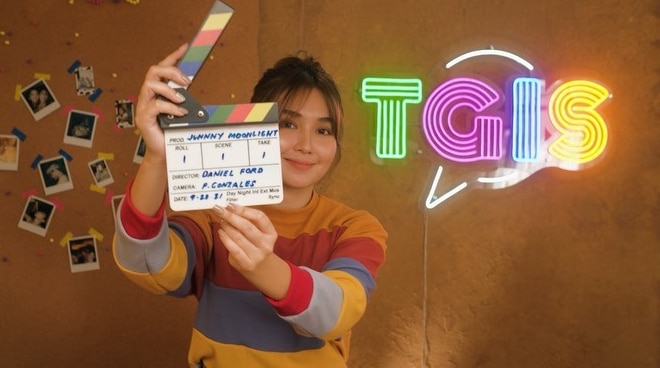 In a vlog she released over the weekend, Kathryn gave her fans a first, behind-the-scenes look at her newest project, which will be directed by none other than her boyfriend, Daniel Padilla.

"[I named this segment] 'TGIS' because usually I upload my vlogs 'di ba on weekends. So nag-iisip ako ng pangalan, and then I told DJ about this. Sabi niya bakit hindi na lang 'TGIS'. So that's why 'TGIS' siya," the actress shared.

According to the actress, "TGIS" will be a "semi-regular" segment on her YouTube channel, dubbed Everyday Kath. In every episode of the segment, she will feature a guest, who will bring their specialty or favorite food with them, and together, they will talk about that dish and other random things.

"'Pag may episode tayo, we have a guest, and then dadalhin nila 'yung food nila, because for me kasi ang laking bagay ng food. Like tayong mga Pilipino 'di ba mahilig tayo sa pagkain. Usually ii-invite ko 'yung guest, dala ka ng specialty mo or kung ano 'yung favorite food mo, and then we're going to talk about that food and random things. So not too formal. It's just like catching up with your friend."

Kathryn revealed that they have already shot the first episode of "TGIS", which will feature a guest who is very close to her.

"For our very guest for the first episode, it's going to be a surprise. But it's someone very close to me, someone who can help me out with this, kaya confident din ako na matutulungan niya ako," she said.

The actress, who started vlogging in January last year, said "TGIS" will be a good way for her to get to know her colleagues in showbiz on a personal level.

"Kasi usually nagkita lang kami sa work and just message. I think iba pa rin kapag mag-uusap kami, sit down, talk, with the food. There's something about food that connects people kaya naisip ko na I'm going to bring my food, let's say, every other week, and then 'yung guest din magdadala ng food and will tell me the story behind that food. So doon lang magi-start 'yung conversation, and I think it's a nice ice breaker," she said.

In her vlog, Kathryn also gave a tour of the studio set of "TGIS", which was designed by architect and set designer Aren Dale Santos. Check it out below:

As of this writing, Kathryn has over 3.24 million subscribers on her YouTube channel, making her one of the most-followed Filipino celebrities on the platform.