According to the report of the Laguna Provincial Police, three sachets of shabu were confiscated from Mark Joven Olvido. 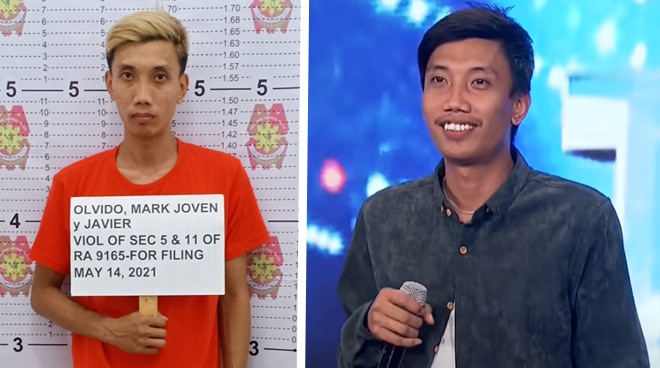 Former Pilipinas Got Talent finalist Mark Joven Olvido was arrested by the police in a buy-bust operation in Sta. Cruz, Laguna on Friday, May 14

According to the Laguna Provincial Police as reported by ABS-CBN News, three sachets of shabu and the buy-bust money worth Php2,000 was confiscated from Mark in a buy-bust operation in Barangay Duhat.

The former PGT talent has been jailed in the Sta. Cruz Municipal Police Station.

Mark was declared as third runner-up in the sixth season of Pilipinas Got Talent. He was dubbed as the "vape master" on the show but he became known as a comedian.

After his PGT stint, he appeared in the movies  Unli Life  in 2018 and 3Pol Trobol, Huli Ka Balbon! in 2019. He also appeared in the television series FPJ's Ang Probinsyano.