‘Friends: The Reunion’ special is set to air on May 27 through the streaming platform HBO Max. 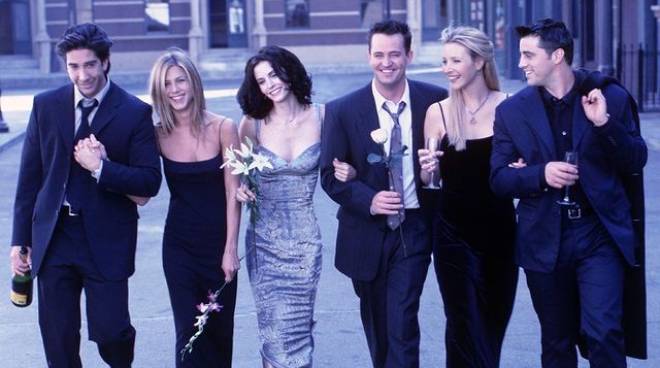 Details of the highly-anticipated reunion special of American sitcom Friends have been revealed by international reports as streaming platform HBO Max released its official teaser on YouTube on Thursday, May 13.

Starring Jennifer Aniston, Courteney Cox, Lisa Kudrow, Matt LeBlanc, Matthew Perry, and David Schwimmer, the teaser's video description read, "Get ready for the one where we get to see our favorites back together again. The Friends Reunion is coming on May 27 only on HBO Max."

Describing the upcoming Friends: The Reunion special, The Hollywood Reporter, in another article published last year, quoted HBO Max, "The cast and producers are all very excited to go into production, as this will be the first time since the show ended that the whole cast will be together, and on the original sets to reminisce. There are loads of great surprises in store and lots of rare behind-the-scenes footage they are eager to share." Said statement also clarified that the reunion show is "not a new, original episode of the series," and that "the cast will be appearing as themselves, not as their beloved characters."