The netizen who uploaded the video explained the circumstances surrounding the said video clip of Moira dela Torre singing with a mobile glass shield at an event. 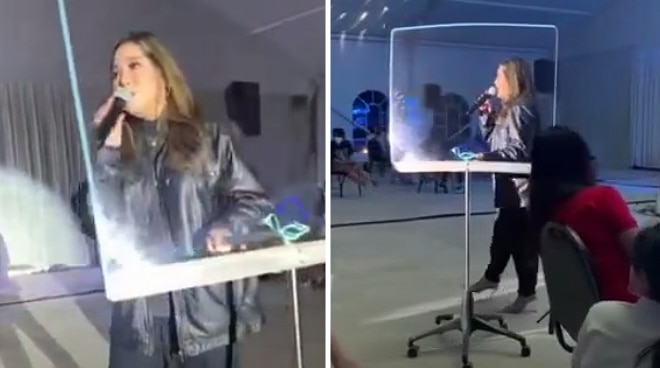 A video of singer Moira dela Torre performing at an event with a mobile glass shield is currently going viral on social media after a netizen posted a video clip on TikTok.

TikTok user @atenyochona first posted a video of Moira singing her hit song “Tadhana”. The short clip ended with Moira passing on the microphone to an audience member to sing.

This clip has been reuploaded on other social media platforms, drawing mixed reactions from netizens. Some found it amusing while others criticized the act.

In another post, the uploader, acknowledging the fact that the video went viral, explained the circumstances surrounding the said clip.

A continuation of the video was later posted, and in its caption, the uploader wrote a disclaimer, saying, "This video was taken before MECQ. Balesin is covid free, kalma lang [sic]."

Moira has yet to address the issue.