Tan Roncal and Eian Rances are teaming up for a new PILI-kula short. 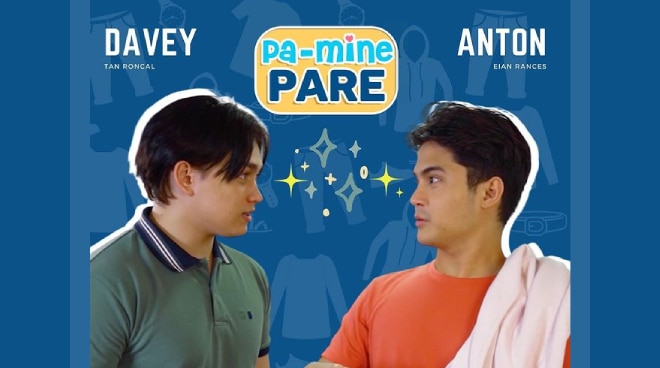 While the teaser did not give many details as to how the story wlll go about, it appears the story will revolve around two guys in an online selling setup based on the use of the phrase “pa-mine.”

Eian is known for his roles in the films Sunday Night Fever, LSS, and Ang Henerasyong Sumuko Sa Love.

Christian “Tan” Roncal, on the other hand, is known for his stint in the reality show Pinoy Big Brother (PBB). He has been paired with fellow PBB housemate Ashley Del Mundo. Together, the two ex ‘PBB’ housemates are collectively known as AshTan.

Meanwhile, Pa-Mine Pare is set to be released on May 21 on the YouTube, Facebook, and kumu accounts of ABS-CBN Star Hunt.