Kiko Estrada on supporting his COVID-19 positive co-stars: ‘I prayed for them’ 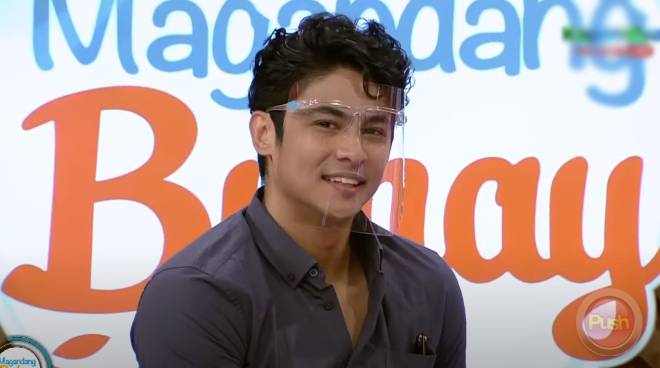 After being part of the ensemble cast of the recently concluded teleserye Bagong Umaga, Kiko Estrada shared why he appreciated being offered a project during a pandemic and why he enjoyed their lock-in taping bubble last year.

“Lock-in brings out more focused work and because there’s nothing to do but read the script and be with the people that you have to be with, you have no choice (laughs). I wasn’t expecting (to do) this show,” he admitted.

WATCH: Push TV: Kiko Estrada on his transfer to ABS-CBN: "I just go wherever the good roles are"

Unlike some of his Bagong Umaga co-stars like Heaven Peralejo, Sunshine Cruz, Tony Labrusca, Nikki Valdez, and Keempee de Leon who contracted COVID-19 while working on the set, Kiko revealed that he did not get sick.

“I didn’t. I was negative so I’m not in the position to react. I prayed for them. I wished them good health. My mama (former actress Cheska Diaz) has been praying for me every night, that’s why. And the Lord is really powerful. I never asked. Hindi naman ako yung type na mag-chismis or anything. It’s not my place to ask. They’re dealing with their own stuff, I’m dealing with my own thing so I just wished them the best though. I wished them good health,” he shared.

WATCH: Kiko Estrada admits ‘constant pressure’ for being part of a family of actors | Push TV

Kiko also admitted being proud of the community set inside the ABS-CBN compound in Quezon city which was constructed just for their series.

“Siyempre nakakatuwa and nakakabilib yung prod. All the people who set that up because it looked real onscreen and it helped us act too because the environment was nice. A bunch of my scenes were shot in the community and it felt authentic and I hope the viewers felt authenticity in the scenes. Hats off to the prod and hats off to everyone who made it possible,” he said.

Last month, Kiko revealed his breakup with actress Devon Seron during a guesting on the morning show Magandang Buhay. The ex-couple first admitted their relationship in 2019.