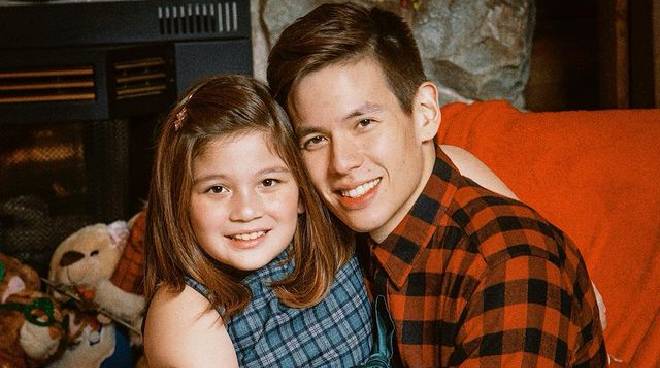 After almost a year of waiting, Star Magic artist Jake Ejercito said he is thankful to be given his first major acting project with the new series Marry Me Marry You which starts taping next month.

“Definitely this is my biggest role. Kasi before mga one episode lang, one off shows. Other than that, I did a film which was part of MMFF last year (Coming Home with Sylvia Sanchez). To be honest kasi I was recently part of another variety show and parang getting into that show, I didn’t know why I was there, kung anong gagawin ko dun. But then you know, sabi nga nila pakapalan ng mukha eh. You just enjoy the ride and with the people around you who are supportive. Enjoy naman. Parang prior to that I had no experience in hosting. After that show I realized na puwede pala. So I learned not to close any doors,” he said.

Sharing co-parenting duties with former girlfriend Andi Eigenmann for their daughter Ellie has been Jake’s top priority for the past few years. He said that his nine-year-old daughter has no problem with his showbiz aspirations.

“I became a dad at the age of 21 so my life talagang changed 180 degrees and it’s been a fulfilling journey so far. Si Ellie she’s a tween now. She’s not a baby anymore so I’m just making the most out of every day when she’s with me. Sinusulit ko lang. I don’t think I’ll have problems explaining to her. Right now she’s nine na and sanay na siya with her mom also si Andi who’s in the same industry. Yun din nakakatawa kasi when I did that variety show last year and nakita ako ni Ellie sumasayaw and kumakanta, pinagtatawanan niya lang ako (laughs),” he explained.

Now that his daughter is also old enough to understand social media as well as be a part of Andi’s family vlog in Siargao, Jake said she has his support if she ever decides to go into showbiz.

“Si Ellie kasi she’s been exposed to the industry because of Andi and they’ve had a lot of magazine shoots na and stuff like that. I’d say she’s really comfortable being in front of the camera. If ever naman she decides to go into showbiz in the future, I won’t say no. Kung anong gusto niyang gawin, I’ll be rooting for her 110%,” he said.

Now that he is a full-time actor, Jake said he is open to the possibility of working with his ex-girlfriend Andi and her mom Jaclyn Jose in the future.

“Yeah why not? If the opportunity arises, pero mukhang heavy drama yun kung Andi kasi the heiress of drama kasi siya before eh (laughs). But why not? (With Jaclyn,) oo naman. it would be an honor kasi Cannes Best Actress. Of course definitely. Tita J. The one and only,” he added.

When it comes to his personal life, Jake said he has been single for a long time.

“I’ve been single for the past five years I think. Because I really chose to focus sa parenting these last few years. Yun ang mahirap ngayon. Walang chance to go out and meet new people (laughs). As of now, (marriage) doesn’t cross my mind yet. Right now kasi I have Ellie. I ‘m happy and content with the situation now. But if you ask me in the future if it’s in the cards for me, of course why not? But right now it’s not in the horizon for me,” he said.