Former actress Dionne Monsanto is mourning the death of her sister, Binky, who passed away due to kidney failure. 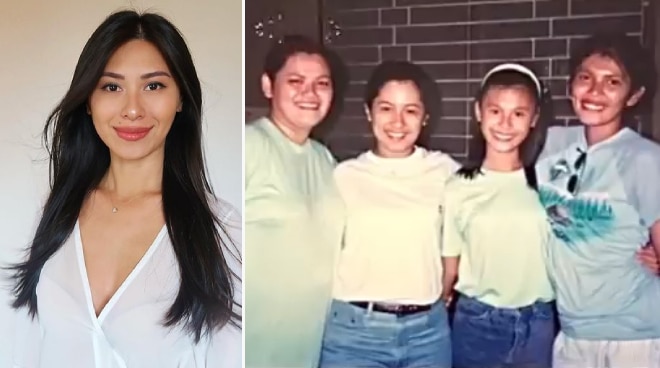 Dionne Monsanto is mourning the death of her older sister who passed away on Tuesday, April 6.

The former actress announced on Instagram the passing of her "ate Binky", who died because of kidney failure. She was 47.

"My sister Binky passed on yesterday. She was diabetic, and passed on due to kidney failure. She was 47 years old," she said.

Dionne went on: "She was a mother, a daughter, a sister and a friend. She and I bickered so much, like all siblings do, but she defended and protected me if someone ever did me wrong. She was kind, yet fierce."

Among those who extended their condolences to Dionne were Sue Ramirez, Kitkat, and Ruby Ruiz.

Dionne, 35, is now based in Switzerland, where she recently tied the knot with her businessman-husband Ryan Stalder.

Ahead of their wedding, Dionne, who is best known for her stint on the ABS-CBN reality show Pinoy Big Brother, as well as her role in the Kapamilya series Tubig at Langis, announced her retirement from show business.