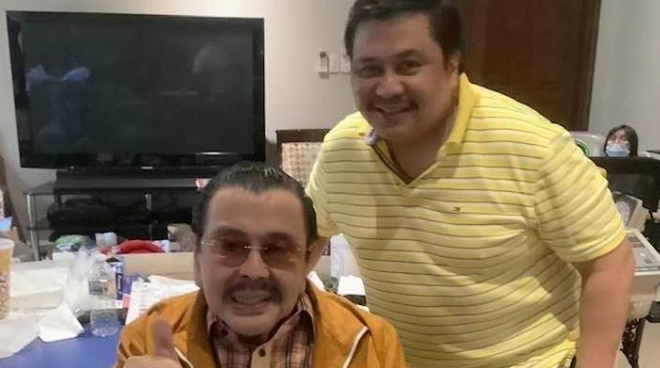 "There are reports circulating on FB that my father has passed away. This is NOT true," said the actor and former senator in a Facebook post.


In his subsequent post, Jinggoy said that contrary to rumors, his father is in a stable, albeit "guarded condition."

"Former president Joseph Estrada is currently confined due to Covid pneumonia. While he needed to be placed on high flow oxygen support, we are thankful that there has been no need to put him on a ventilator," he wrote.

"However, he is being sedated to lessen his anxiety which may affect his heart and aggravate his condition. Thus, he has been moved to the ICU for closer observation," he added.

He also thanked all those who have sent their prayers and messages of support for their father.

"The family would like to thank everyone who has expressed their love and support and we request continued prayers for his immediate recovery. Thank you very much," he said.

It was last week when his sons confirmed that Estrada, who served as President from 1998 to 2001, was hospitalized and was found positive for COVID-19.

The Philippines has seen a surge in COVID-19 infections in recent days.

The surge in COVID-19 infections has prompted the government to place Metro Manila and four neighboring provinces (Bulacan, Cavite, Laguna, and Rizal) under enhanced community quarantine (ECQ)—the strictest lockdown classification—until Easter Sunday, April 4. However, the ECQ was extended for at least another week starting Monday, April 5.