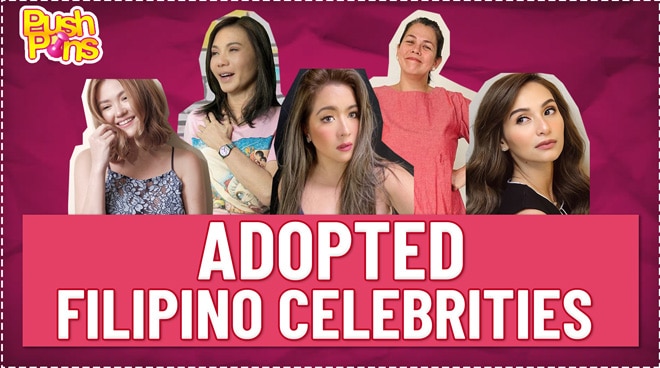 Narito ang ilang sikat na celebrities who are proud to have been raised by their adoptive parents.

The celebrity doctor was adopted by her biological mother’s sister, Nena Gonzales.

As a child, she experienced bullying, with some people telling her “pinamigay dahil pangit.”

But what her parents really wanted was for her to have the best chance that she could have at life.

It was in high school when Angelica first started having a hunch that she might be adopted.

That same year, she also met her long-lost father, Mark Charlson, a former member of the US navy after searching for him online.

Sadly, Angelica's biological mom died in 2008 in Singapore without her daughter having been able to meet her again.

However, wala namang hard feelings si Lotlot against her biological parents and she even met them on several occasions.

It was in year 2012 when Angeline first met her biological mother, after knowing her name Susan.

Jennylyn was raised by her aunt Lydia Mercado after her biological parents abandoned her when was just 6 months old.