In her latest vlog post, beauty queen-actress Kylie Verzosa revealed that she puts in a lot of hard work in the gym to achieve her fit physique. 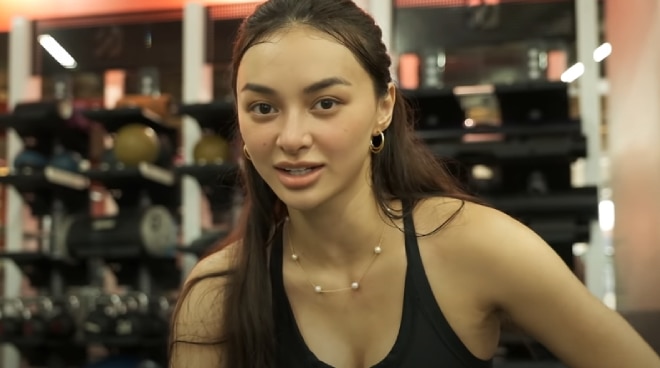 Many admire Kylie Verzosa not just for her pretty face but also her toned body.

In her latest vlog post, the beauty queen-actress revealed that she puts in a lot of hard work in the gym to achieve her fit physique.

"We gotta stay fit. I think the number one thing na, let's say, beauty pageant candidates don't do... I think we really need to work out. Make sure our bodies are fit. It's not only for aesthetics, but it's to make us feel better as well. It makes me think better. Personally, I feel so much better after a workout," said Kylie, who was crowned Miss International back in 2016.

READ: Mataray? Kylie Verzosa reacts to assumptions about her

Since winning the pageant, the 29-year-old admitted that she gained a lot of weight. However, she was able to shed pounds by doing weighted high intensity workouts.

"I think this is where I got a lot of shape, guys, from doing a lot of weight workout. I got the shape I want," she said.

She also credited her boyfriend, actor and fitness enthusiast Jake Cuenca, for helping her lose weight.

"Jake introduced me to running. I lost a lot of weight. So I got the shape, and then I got thinner," she said.

"But you know, honestly, get a partner that works out. So that, mas mae-engganyo kayo mag-gym or it's easier for you to go to the gym. That's what I find, if your partner is healthy, you'll end up healthy, too," she added.