Matteo Guidicelli returns to Scout Ranger Camp after a year 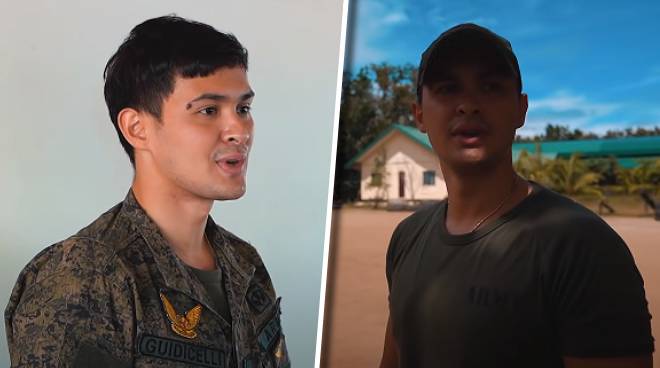 After graduating from doing the Scout Ranger Orientation Course under the Philippine Army in 2019 with the rank of 2nd Lt. army reservist, Matteo Guidicelli returned to his former training grounds after a year, where he visited the ranger camp, met the new regiment commander, and visited the regular classes of the scout rangers. Matteo also participated in some shooting exercises.

READ: Documentary on Matteo Guidicelli’s Scout Ranger training to be streamed on iWant

In his two-part vlog titled “Visiting the first Scout Ranger regiment after a year! (Episode 1)” and “Inside the Regular Scout Ranger Course with a general’s son! No special treatment” Matteo shares the things he learned as well as more of his personal experiences during his time at the training camp.

“It’s been a year na hindi ako nakabalik dito sa First Scout Ranger regiment here in Camp Tecson, Bulacan. Because one, of the pandemic and secondly, obviously you guys know that I got married and alam natin kapag nagpakasal tayo, magbabago ang buhay natin in a very, very good way. So our priorities has changed a little bit. That’s also precisely why I give so much respect to people like Major Oropel. All of these guys, all of these officers and lister personnel, they all have families, they’re all married and have kids and at the end of the day, they have to prioritize their duty first in serving and protecting the Filipino people and land. I always say to myself, ‘I wish I could be like them but I know I’ll never be like them because just the level of dedication, respect, and love, and commitment to the country, iba,” he admitted.

During his visit to the tent camp where he spent 45 days, Matteo chatted with one of the trainees whom he admits he admires.

“Ito yung tunay talaga. He is the son of a general but kumbaga there’s no special treatment. They’re treating him just like how they’re treating everybody out there. His papa was the Commanding General of the Philippine Army but he’s here, he’s doing his thing. And then he’s going to be a Ranger hopefully,” he said.