‘Haharapin ko ‘yun’: Ivana Alawi responds to those planning to sue her for helping kutsinta vendor 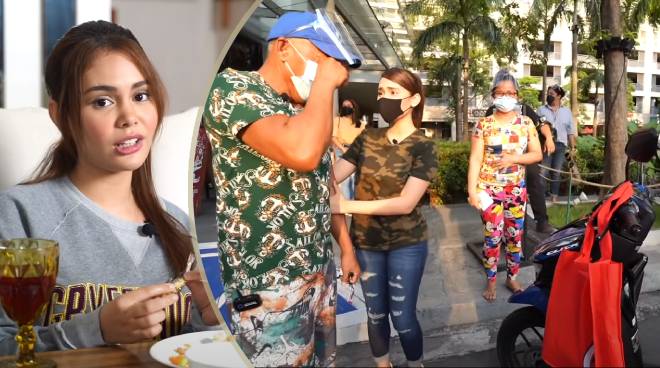 As Ivana Alawi marked her milestone of achieving more than 10 million followers on video-sharing platform YouTube, she released a vlog which featured clips of Joselito Martinez who touched her heart with his inspiring life story.

While Ivana garnered praises for the help she has extended to the viral kutsinta vendor even after the release of her vlog, there were also those who criticized her for what she has done.

Apparently, she has received threats saying they would sue the actress-vlogger for allegedly violating protocols. But for Ivana, she is ready to fight for it because she knows her intentions were pure from the beginning.

Tatay then broke down into tears before telling his wife: “May sasakyan na tayo.”

Ivana currently has more than 12 million followers on YouTube. Her pranking on the streets vlog, on the other hand, now has over 18 million views as of this writing.