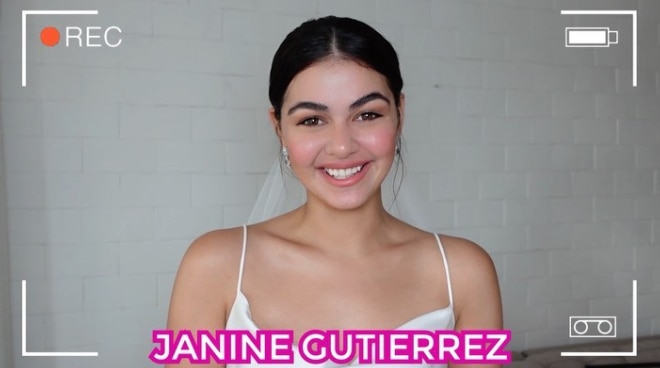 The ABS-CBN production unit made the announcement through a series of teasers on Friday, April 30, introducing Paulo Avelino and Jake Ejercito as Janine's leading men in the show.

"Imagine spending the rest of your life with the one that you love! #MarryMeMarryYou COMING SOON!" read the caption to one of the teaser trailers, which confirms Sunshine's transfer to ABS-CBN after 25 years with GMA-7.

"Marry Me, Marry You" marks Janine's first teleserye after she became a Kapamilya in January. The actress has so far appeared as a performer and a host on “ASAP Natin ‘To”, and as a guest on several ABS-CBN programs, including “It’s Showtime.”

It also marks the second time Janine and Paulo are working together, after their movie project "Ngayon Kaya", which is expected to be part of the inaugural Summer Metro Manila Film Festival.

Just recently, it was announced that Janine will also star in an episode of the ABS-CBN drama anthology 'Maalaala Mo Kaya' (MMK) for the first time.

A release date for "Marry Me, Marry You" has yet to be announced.