Did you know? Maui Taylor was in a movie with Oscar winner Youn Yuh-jung 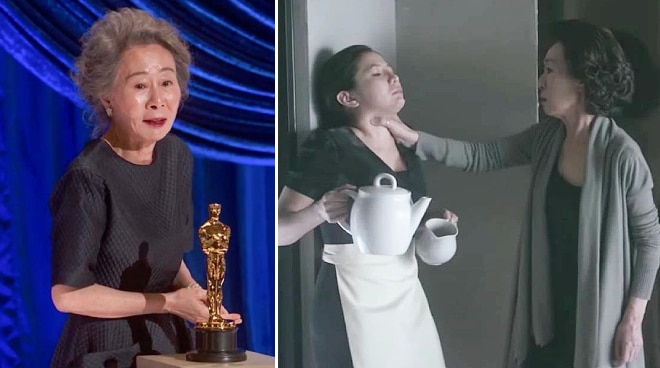 Youn Yuh-jung made history on Sunday, April 25 (US time), as she became the first Korean actor to win an Academy Award. Youn won the Oscar for best supporting actress for her performance as the sly, foul-mouthed but incredibly loving grandmother in Minari, which tells the story of a Korean-American family that moves to an Arkansas farm in search of their own American Dream.

While it was only through Minari that Youn gained international attention, the 73-year-old Youn, whose acting career spans over five decades, has starred in numerous films and television series.

This trivia was shared by writer Kristine Patag on Twitter shortly after Youn’s win.

TIL: Oscar-winner Youn Yuh-Jung and PH’s Maui Taylor were in a 2012 thriller erotica Korean film together.

Cc: @othersashas who told me to post this here. pic.twitter.com/yYExQA91TO

In the movie, the Viva Hot Babes member played the role of Eva, a Filipino domestic helper who has an affair with her employer, the husband of Youn's character.

In an interview then with Bayani San Diego for Inquirer, Maui recalled filming a scene where Youn is seen choking her. “The director wanted the scene to be realistic, but she was worried that she might hurt me,” recalled Maui, who described Youn as "motherly".

“Ms. Youn is very strong. After the third take, I started coughing. She hugged me and apologized," she said, adding that shooting the scene left marks on her neck.

The Taste of Money was written and directed by Im Sang-soo. The movie competed for the Palme d'Or at the 2012 Cannes Film Festival.

Through the movie, Maui, who was a sexy star during her younger years, wished to be taken more seriously as an actress.