Toni Gonzaga shares how she managed to avoid major controversies ever since she started in showbiz. 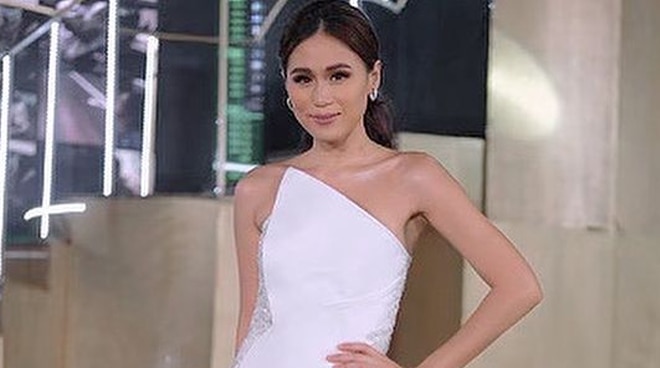 During an interview with G3 San Diego, Toni Gonzaga shared how she managed to keep her “squeaky clean” image throughout the years.

According to Toni, she would like to give credit to her parents — particularly her Dad — whom she said sowed fear in her about the repercussions of her future actions.

“That part, I have to give the credit also — or maybe 80% of the credit, I would like to give it to my parents. Hindi siguro magiging ganito o maayos ako as a person and as an artista kung hindi rin sa guidance nila. And ‘yung Daddy ko din kasi magaling mag-brainwash eh. Lagi siyang nananakot. Lagi ‘yan. Nako ang pangbi-brainwash niyan. Parang ‘if you do this, ganito mangyayari,’” she said.

Toni went on to share that the years it took before she got into the business also served as a reminder for her to always think before making any actions.

“So ‘yung struggle na ‘yun, lagi kong binabalikan ‘yun. Na ang hirap kong nakapasok and one wrong decision, one mistake, parang everything will [get ruined]. ‘Di ba sabi nila it takes 20 years to build something and it takes five seconds to ruin it,” she added.

Toni continued by saying her decision-making skills might also have something to do with her being an introvert.

“And siguro dahil introvert ako — ang mga introverts kasi they are thinkers eh. We don’t say much when we’re with people, but there’s so much going on in here. We process so many things in our heads na before we talk, before we speak, before we make a decision, ay grabeng filter na ang inabot niyo dito,” she said.

Admitting she often gets compared to her sister Alex who happens to be more extroverted, Toni defended herself from critics who accuse her of being “too fake” and said that she’s just really an introvert.

READ: Olivia Lamasan reveals Toni Gonzaga gave her talent fee to retrenched employees of ABS-CBN, thanks host for her generosity