New Squad Plus member Sam Cruz says she is ready for the intrigues that showbiz might bring. 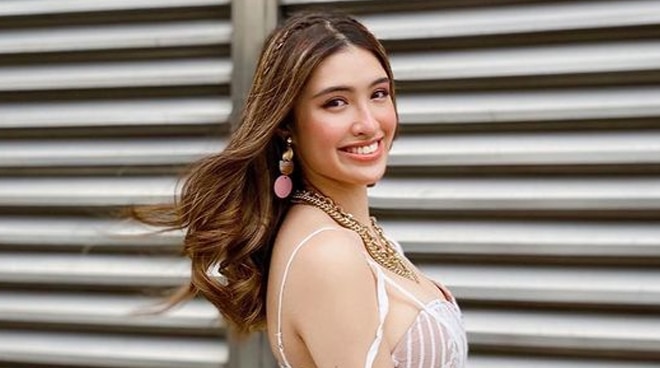 With her older sister Angelina joining showbiz last year, Sam Cruz is ready to start her own career as part of ASAP’s Gold Squad Plus along with fellow singers Angela Ken, KD Estrada, and Anjoi Salvacion.

“Ever since I was little, I’d always be super interested in their (referring to her parents) work. I’d watch yung mga teleseryes ng mom ko and dad ko. When I was younger I’d be like, ‘Dad I want to try that. I want to try being an action star too (laughs).’ And now I also want to try yung mga drama scenes like my mom. Probably my parents were the ones who really inspired me to follow along their footsteps,” she shared during the Squad Plus media launch held last April 19.


With more and more new talents being launched, the second daughter of Cesar Montano and Sunshine Cruz share that her parent’s advice can help her get an edge over other artists.

“The best advice they probably gave to me is always believe in yourself, be confident, and stay humble. Even though you’re getting famous or a lot of people are starting to notice you, you have to stay true to yourself and always be humble. To make it in the business, I think you really have to stay true to whatever genre you want and to experiment and don’t be shy to sing different types of songs like kung OPM ba or you want to go back to old school. Don’t be shy to experiment with different sounds whether it’s rock or classical. As a singer I think confidence is key. Experiment with different types of sounds to really find what you love,” she explained.

Growing up with celebrity parents, Sam said she is not new to having intrigues hurled at her family. The 16-year-old singer admitted she and her sisters Angelina and Francheska try to persuade their mom to not engage bashers online.

“Minsan we would be like, ‘Mom don’t react na. Okay na yun. Let’s just ignore it.’ Pero she’s really like a fighter eh. She’s always had this mindset that if someone’s wrong and someone’s not treating you right, you have to act on it. You can’t just let people treat you that way. So this one time we had an issue where people were sexualizing us and we were super young pa so she was like, ‘This is not right. This can’t happen.’ She’s always there to support us and to fight for us and she’s always been that way ever since. Which is one of the things we all love about her,” she said.

Now that she will be performing on ASAP, Sam said she has readied herself to face issues people may throw at her.

“My mom and my dad have always told me if ever I go into something scary like an issue, I have to know how to respond and how to act on it. But ever since I was little, I’ve always been told to think before you speak and I think it goes both ways with social media. Think before you post. So if ever I stumble across an issue, I have to always think and research and know the background story to everything before I give an opinion on anything to avoid problems and issues like that,” she added.