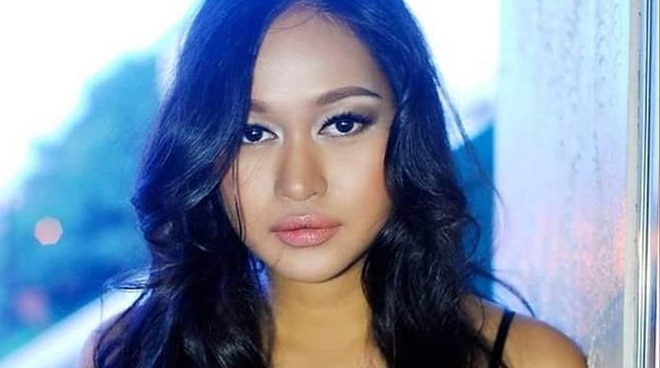 When she was offered the role as the scheming Agatha Viloria in the new Kapamilya series Huwag Kang Mangamba, actress Mercedes Cabral admitted she was not very confident yet to portray her first kontrabida role in a primetime drama series.

Aside from playing the role of Eula Valdez’s younger sister and Diether Ocampo’s common law wife in the series, Mercedes said her character will be there to make life hard for lead actresses Andrea Brillantes and Francine Diaz (who plays her stepdaughter).

While doing lock in taping for the series, Mercedes shared through her social media account that one of the things that has helped relax her has been doing pottery and she even shared her passion for it by teaching fellow Huwag Kang Mangamba co-stars Eula, Nonie Buencamino, and Paolo Gumabao.

In one of her Instagram posts, she wrote, “pottery helped me with my anxiety and I want to share that with people who goes through the same thing as me.

So I’m going to give basic wheel throwing classes VERY SOON!!! but for now, I want to share how proud I am of my first students, @eulavaldes and @buencaminoanthony . Sorry @paologumabao , wala akong nacapture nung session natin but I’m proud of you too!!!!

I had so much fun teaching you guys and it was amazing for me to watch you guys get cocky and comfortable with the medium every session! So let's get our hands dirty and keep on throwing!🖤”

In her most recent post last April 18, the 34-year-old actress revealed how pottery has helped her deal with anxiety attacks. She wrote, “been out of myself lately but I’m glad to be back again. I was struggling these past few weeks. struggling to even get out of bed and do anything. a lot of things need to be done but I just don't have the energy to do anything. I even tried to throw some clay on the wheel to work on commissioned pieces because pottery helped me connect to myself but even that wasn't working. I just couldn't. there's definitely something off with me internally. I just retracted and isolated. had one of the WORST anxiety attack and I was feeling really down.

but slowly I’m getting back..

and I’m grateful to be here.”

Aside from Mercedes, other celebrities like Eula Valdez and JM De Guzman have also come out and revealed that they also suffered from sudden panic and anxiety attacks during the pandemic.