Marvin Agustin on being in a love team with Jolina Magdangal: ‘It was a privilege for me’

Actor and entrepreneur Marvin Agustin reveals why he turned down his latest acting offer from showbiz. 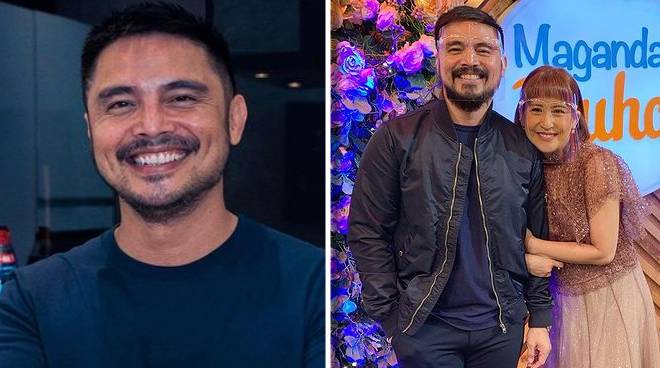 It’s been two years since his last acting project and Marvin Agustin says he is still in no hurry to go back in front of the camera. The 42-year-old actor, who studied Digital Filmmaking in New York in 2016, revealed in an interview with G3 San Diego why he is in no rush to start acting again.

“There was actually this offer for me to do this project. Parang go na go ako supposedly for acting and being in a series again. It’s just that parang hindi ko naramdaman na yun yung gusto ng puso ko at kaluluwa ko.

READ: ‘Kailangan mag-survive’: Marvin Agustin shares how he grew his baking venture at home amid the lockdown

During the Instagram Live interview, Marvin also looked back on his highly successful love team partnership with Jolina Magdangal whom he was paired with in movies like FLAMES: The Movie, Labs Kita, Okay Ka Lang?, Hey Babe, Kung Ayaw Mo Huwag Mo, and Gimik: The Reunion in the late ‘90s.

“Yung relationship with Jolina it was definitely deeper than just us working together. Kasi nung nag-start ako mag-artista, Jolina was already Jolina at that time. It was a privilege for me to be working and be paired with her. Buo na yung image at personality niya. It was actually parang accidental yung love team nun kasi in one of the spiels in ASAP, parang pinagsama kami sa isang spiel and we instantly clicked. Parang magandang yung chemistry, yung batuhan namin ng lines. And I was doing Gimik the show already. So nabuo yung pairings nung show. Masaya kasi it was work but it wasn’t difficult for us to be doing those scenes together because we were really enjoying them,” he recalled.

Currently busy with his different food businesses online, Marvin says he is also looking forward to working on a project abroad once it is safe again to travel.

“Nakakatuwa kasi lahat naman ng ito na me getting into creating food content nagsimula during pandemic. Na parang bigla akong naging influencer. Wow. It was very challenging what we were all going through but nakakatuwa how these surprises can open doors during difficult times. I don’t like to sound emo pero huwag talagng mag-gi-give up, huwag talagng panghinaan ng loob. Itong buhay na ito para sa malakas ang loob. if you’re living right now, you don’t actually need to have great plans in life, you just need not to give up. You just have to promise yourself to live another day and tomorrow will be a better day and it will be actually,” he shared.