Donita Rose moves back to the US, now works as a chef in California

Donita Rose is now a chef in the US. 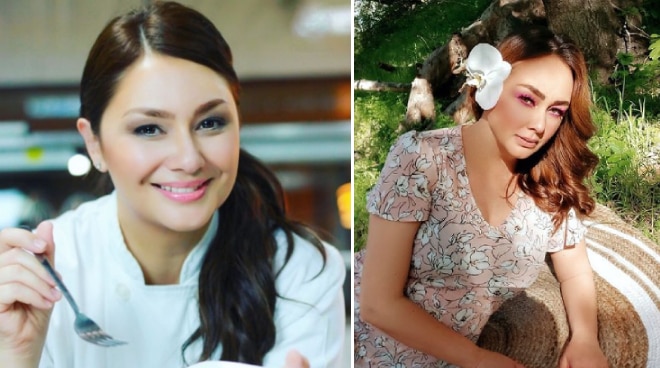 Actress Donita Rose Cavett, who moved to the United States six months ago, found herself a job she’s passionate about.

In the said vlog, Donita revealed she finally found a job as a chef and will be moving to the City of Los Angeles soon.

“It’s been six months for me here in the States and nu’ng medyo mahirap pero ngayon medyo masaya na ulit. I’ve been spending time with my family and I’m moving to LA and I have a job,” she shared.

Taking pride in her newfound job, she added: “So you are looking at a Chef for Research and Development.”

In another vlog, Rufa Mae documented the despedida party she threw for Donita.

In 2013, Donita shared in an interview with ABS-CBN News why she decided to move to the US. She previously worked as a chef at Kumi Restaurant in Mandalay Bay in Las Vegas, Nevada.

“Nung nag-aral ako they kept asking me 'are you sure? If you want you can do beginners' course lang tapos tingnan mo kung gusto mo.' No. I want to go all the way, I'm ready for this. 'Are you sure? Kasi you're gonna have to really focus on this, not your pagaartista,” she said.

She added: “No, I'm ready. Ayaw talaga nilang maniwala. They're like, 'are you sure you're ready to give up on your career na you're already established? I'm the kind of person who likes to go against the flow.”

Apart from doing acting gigs, Donita Rose also did hosting stints in the past — having been a VJ for MTV Asia back in the 90s and serving as a host on the morning talk show Umagang Kay Ganda.