‘Ang Sa Iyo Ay Akin’ star Iza Calzado shares her reaction after finding out that her drama series will finally get to be seen on national television. 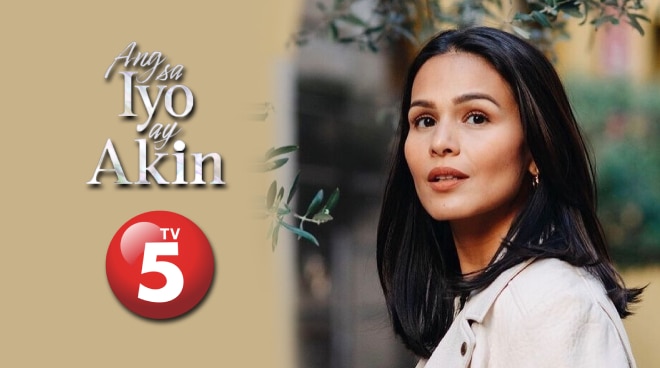 After the announcement last week that TV 5 will begin to air several Kapamilya shows including her series Ang Sa Iyo Ay Akin which entered its last two-week run this month, Iza Calzado said she could not be any happier not just for their soap but for all the other ABS-CBN shows that will return to free television.

“It’s not about just me. it’s about the show itself, beyond just our shows. The shows of ABS-CBN being granted access to what we had before. When you are robbed of something and that is taken from you, the minute that it’s given back to you, you treasure it. Ito nga in a different form pa, hindi ito ABS-CBN channel 2 di ba? Kahit through channel 5 malaking bagay pa rin ito. Kaya nga siguro gulat na gulat ako kasi I did not see it coming. Kaya talaga yung reaction ko sobrang wow and who would have thought na sa last two weeks namin, mas marami pang makakapanuod nito,” she said during the Ang Sa Iyo Ay Akin finale presscon.

READ: Iza Calzado on the success of ‘Ang Sa Iyo Ay Akin’: ‘We feel blessed that people are watching despite our situation’

The 38-year-old actress also shared that despite Ang Sa Iyo Ay Akin being aired after the ABS-CBN closure, she is proud of how far the series has come despite going digital and not being seen on free TV.

“I also just want to say na kakaiba din na parang despite that being taken away from us, people found ways just to watch the show. At malaking bagay yun. I have friends telling me na they’re watching in New York and different parts of the world and dito sa Pilipinas. Ang dami naming naabot,” she shared.

READ: Iza Calzado on acting in an online series: ‘It gives you more freedom, a little less pressure’

Even as her drama series ending this month, Iza said that the show has achieved its goal of providing entertainment for everyone. “With what we were given, we reached so many people and ngayon hopefully, not just our show but the shows that will come after us, will reach more people and entertain more people, especially during this pandemic. it’s been a year since we’ve been locked down. And so many so many things have happened individually and collectively. Hindi pa rin natin alam kung hanggang kailan ito. So right now people need whatever they can hold on to to keep them happy. Let’s give it to them. Let’s give it to each other. Thank you for this gift. I’m really thankful,” she added.