A surprise baby shower was thrown for Sophie Albert, who is expecting her first child with her fiance, Vin Abrenica. 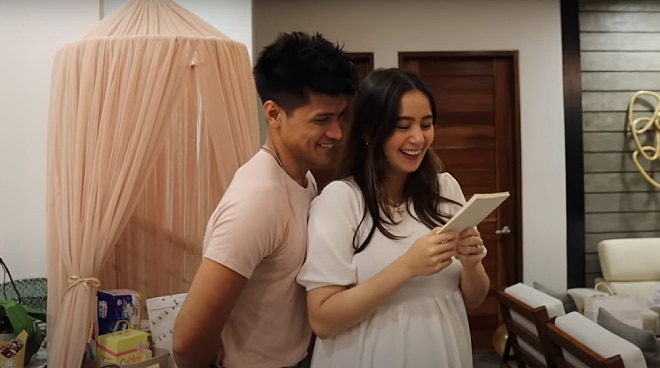 A surprise baby shower was thrown for Sophie Albert, who is expecting her first child with her fiance, Vin Abrenica.

In a vlog released on Sunday, March 7, the couple shared highlights of the baby shower organized by Sophie's mother and sister-in-law to celebrate the upcoming arrival of their baby girl.

"Here are some highlights from our baby shower for Baby 'A'. It was a fun and lovely Sunday Merienda Cena with the Reyes (Sophie's real last name) family where food and table settings are the heart of every celebration. Watching this video and looking back makes us feel like luckiest parents because our Baby 'A' so incredibly loved by many already," they wrote in the video's description.

It was on Valentine's Day when Sophie and Vin announced that they are expecting their first child.

In an Instagram post, Vin expressed his excitement to meet and hold their "precious little one" as he posted a photo showing Sophie's baby bump.

Likewise, Sophie said she can't wait to hold their unborn child in her post, where she thanked those who have been sending her and Vin congratulatory messages.

The news about Sophie's pregnancy comes just a week after the couple announced that they are engaged.

Aside from the engagement and pregnancy, Sophie and Vin also recently announced they were going to move in together, in a brand new home that is already nearing completion.