For the first time since rumors romantically linking them surfaced in 2019, Gerald Anderson admitted that his heart is happy because of his rumored girlfriend, Julia Barretto. 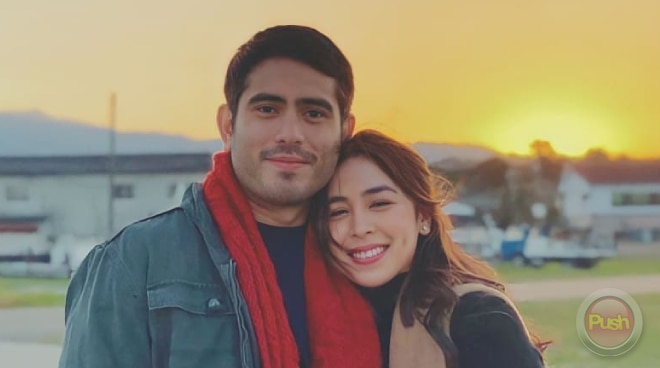 For the first time since rumors romantically linking them surfaced in 2019, Gerald Anderson admitted that his heart is happy because of his rumored girlfriend, Julia Barretto.

The actor made the revelation in a one-on-one interview with TV host Boy Abunda uploaded this Friday, March 5.

Asked if Julia is the reason behind his smile, Gerald, in an apparent confirmation of their romance, said: "Yes, Tito Boy... It's a yes."

Gerald has long been romantically linked to his "Between Maybes" leading lady Julia, who in recent interviews has likewise admitted that she's "very happy" and that she is "in love."

The two first stirred rumors of a romance in 2019, amid the actor's controversial breakup with his former girlfriend Bea Alonzo.

In the same conversation with Boy, Gerald also looked back on his breakup with Bea, which was one of the biggest showbiz controversies in 2019.

“At that point nung pumutok, I’ve had my moments na parang, ‘Oh my God. Paano ko nalagay ‘yung sarili ko sa ganitong [sitwasyon]? What did I do?’ I try to be a good person. Bakit? I’m not gonna say na wala akong mali. I know. Pero kailangang umabot sa ganun? I mean, did we really have to take the social media route or path?" said Gerald.

Addressing Bea's earlier claim that he "ghosted" her, or did not accord her a formal break up, Gerald said:  “Tito Boy, I can remember that moment like kahapon lang siya nangyari. But I can’t... I don’t have the guts to put someone in a bad light because gusto ko linisin ‘yung image ko or ‘yung side ko."

"Ganito lang po ‘yun. Ano po ba ang definition ng ghosting? Kasi ang dating sa akin is parang nasa gitna kami ng dinner tapos nag-decide ako mag-back out and ‘di magpakita kahit kailan. ‘Yun ba ang definition? Or is it walking away from a very unhealthy, toxic — not saying na siya ‘yung toxic, but being together, we were very toxic... Hindi narerespeto ‘yung explanation na binibigay mo, hindi tinatanggap. After months and months and months and months of being on the rocks and [puro] away... I mean, ‘yun lang. I’m just gonna leave it at that. Bahala na po kung paanong ano, but if ‘yun ‘yung ghosting, I’m guilty of one of those two."

While he was admittedly hurt by the bitter breakup, Gerald said he has since come to terms with it.

Currently, Bea is rumored to be in a relationship with Dominic Roque, with whom the actress has been seen since last year, prompting rumors of a rumored romance.