Would AC Bonifacio audition to be a K-Pop idol trainee?

This is what AC Bonifacio has to say. 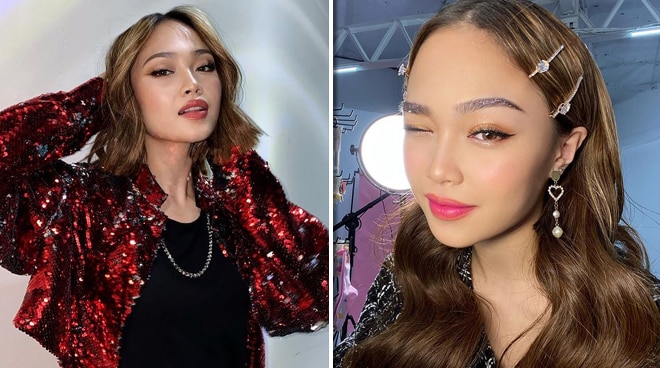 Following her second place win in the BLACKPINK dance cover contest last year and her other successful international stints, AC Bonifacio was asked if she would audition to be a K-Pop idol trainee in the future.

In an interview with Richard Juan in his podcast "Your dose of inspirASIAN," AC remarked that people have actually been telling her to do so.

"I've been told that I should audition and stuff and I have but knowing how K-Pop idols train, usually how they start from, you know, like they are kind of unknown first, you know what I mean. They have very strict rules and they still follow those strict rules so I think right now I am happy being here in the Philippines with my friends and family and ABS(CBN)," she said in the interview.

She added, "I idolize these K-pop idols [but] I am okay being where I am right now."

AC is not closing her doors though if an opportunity in the K-Pop world would open up for her.

"But if anything, if I get the opportunity, oh my gosh yes please."

AC just recently came back to the Philippines following her stint in the American teen series Riverdale.

In the same interview, the Kapamilya performer shared her experience working with Madelaine Petsch whom she got to dance battle with on the show.

"We shot with them two times, once in December and once in January. So that part there as Star Vixen, I am dance battling with Cheryl Blossom who is Madelaine Petsch in real life and it was such an amazing experience because I just watch her on Netflix and now I am beside her dance battling her?" she said.

AC Bonifacio on working with Madelane Petsch on ‘Riverdale’: ‘An amazing experience’

AC remarked that she is very happy to represent Filipino talent in the series.

"I am very grateful to book that job because it could have been given to anybody else. So many other girls auditioned for that part because it is such a big show and for it being booked to me is an honor and I am glad to represent a Filipino girl on that show... I am very grateful to have book it and for it not to be an acting part but for me to be able to do what I love to do [and] what I am passionate about on that show too," she stated.