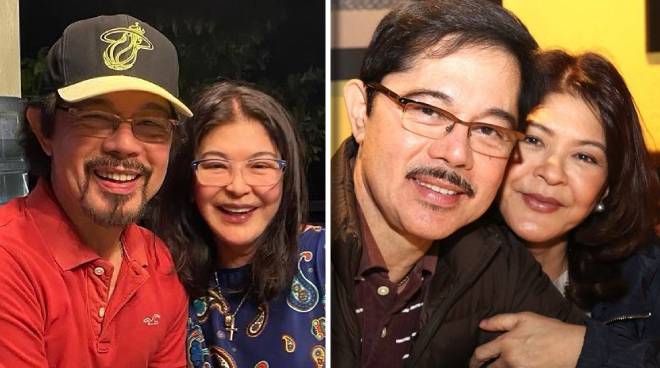 On Instagram, Sandy marked the occasion by posting a video showing their sweet moments together.

"Forty one years together. Happy Anniversary Ahava @sgt.pepper8," she wrote in the caption, before using the hashtag #blessedbygod.

In the comment section of her post, Christopher said: "Treasuring all the good memories. Yes we have our ups and downs, but it’s still fun being together. Time flies when you’re enjoying life with our Lord GOD! Love you my Ahava!"

Christopher and Sandy were married in 2001, after being a couple for more than 20 years.

In 2019, the two renewed their wedding vows in Vietnam to celebrate their 39th year of being together.

Christopher starred in the ABS-CBN series Love Thy Woman, which concluded last September.