Nicole Scherzinger on her version of OPM hit ‘Pangako’: ‘Singing in Tagalog has always been a dream for me’ 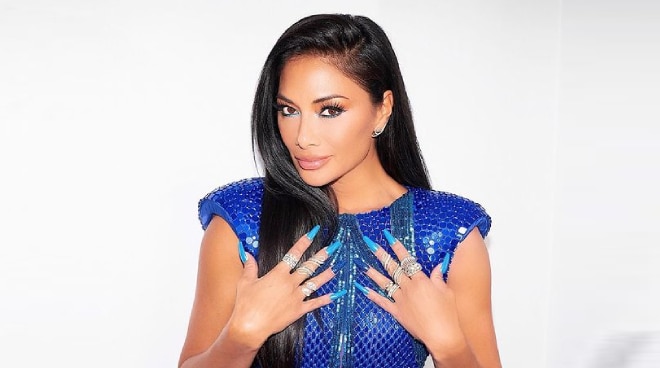 One of the songs that made an impact from the said album was former Pussycat Dolls member Nicole Scherzinger’s rendition of the Ogie Alcasid and Regine Velasquez’s hit “Pangako.” Its lyric video, which was uploaded on ABS-CBN Star Music’s YouTube channel in November 2020, already garnered more than 1.3 million views in just three months.


In a virtual media huddle on Wednesday, March 3, Troy and Nicole shared details of this project.

“KAIBIGAN is my first album. It’s an OPM album and the mission of the whole, entire project is to promote original Filipino music,” Troy said, adding that it is time for him to pay homage to OPM that inspired his style of music in many ways.

“Being able to do this project is such a blessing and I hope that it brings us, put a spotlight on not just Filipino talents but Filipino music and culture and the language,” he said.

Talking about having Nicole to sing the classic Filipino song “Pangako,” Troy said that it is one of his favorite OPM songs and thought that it was perfect for the international singer.

“When I was listening to the song, I was talking with my sister and I was telling her like, ‘You know what, this song’s perfect for Nicole. She has the heart, the spirit, and most of all, she has the voice. 'Pangako' is so emotional and it needed someone that it could emote that,” he said.

Being able to work with Nicole in other projects, Troy said that she was able to study her voice more, and wanted to bring out that “biritera, the emotional stuff, the high notes, the whisper,” off Nicole in “Pangako.”

“And ‘Pangako’ is basically, at least for me ha, like a good summary, and just hit a surface of what Nicole Scherzinger can do vocally. She can do anything. She’s amazing,” he added.

Nicole, for her part, said that she is honored that he chose her to sing the song. “I think a lot of people know me from The Pussycat Dolls, but they don’t know, you know, in my heart of hearts how I just love to sing big ballads. It’s in our blood, right? We love big songs,” shared the 42-year-old artist, who's heritage is part Filipino.

She added, “And that he chose this special song, it’s a really big song, it’s a classic song and it’s got a lot of heart and a lot of passion. And, I felt like it was quite a responsibility to take on when he gave me that song. I always say I’m not the best singer but you’re gonna get like all my heart and soul out of it.”

She also said that Troy has been patient in helping her try to give justice to the song.

“Singing in Tagalog, which has always been a dream for me. And I think the song is special. I know that I was singing such an iconic song. Just really grateful to be a part of this amazing project,” she further expressed.

Aside from “Pangako,” the album featured other OPM classics such as “Kailangan Kita,” “Patuloy Ang Pangarap,” and “Kahit Isang Saglit.”

“When I was arranging these songs and choosing the singers for it, my way of musical directing and producing is I always want to pay respect to the original, and keep the integrity of the songs,” Troy said.

“So when I did these songs, I really wanted to keep the essence of the original but take it to 2020 or 2021, and also, you know, stay true to each artist’s artistry. All the artists have their own way of singing and their own art. And I think that’s what so beautiful because you get to see a different take on it,” he also stated.