KZ Tandingan will be lending her voice for the Disney track ‘Gabay.’ 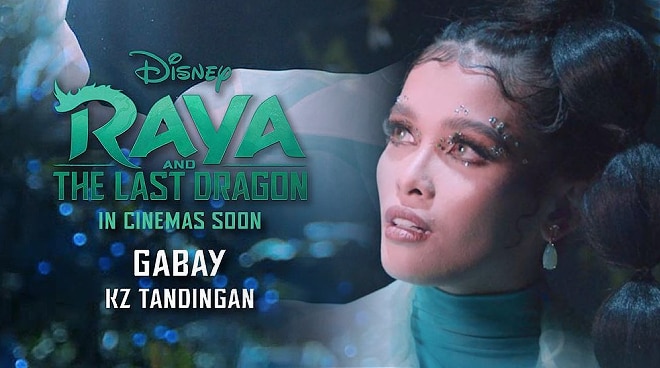 KZ Tandingan has been chosen to sing the first-ever Filipino Disney track for the new animated movie Raya and the Last Dragon.

On Tuesday, March 2, Disney Philippines announced that the Asia's Soul Supreme will be lending her voice to the song "Gabay."

"I am so grateful to be chosen to sing the first-ever Disney track in Filipino!" KZ posted on her Instagram.

"Gabay" will be released on March 5 on Spotify.

Raya and the Last Dragon is the first animated movie from Disney which features Southeast Asian cultures and characters.

Its voice cast members include Kelly Marie Tran, Awkwafina, Gemma Chan, and Daniel Dae Kim, and Sandra Oh, among others.