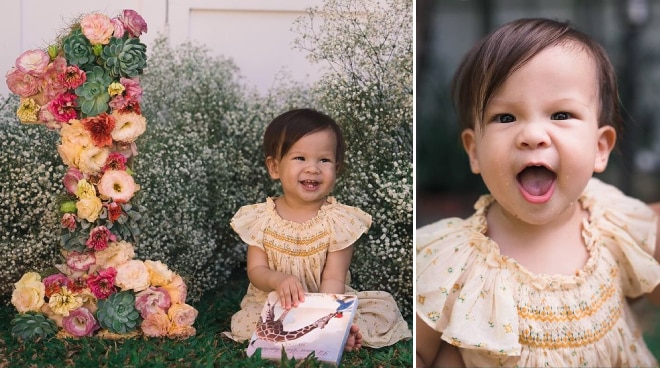 On Instagram, the couple shared photos of their celebration at home along with their birthday message for their daughter.

"She owns every little bit of my heart. Happy 1st birthday to my Dahlia Amélie. I love her to the moon and back infinity times. And to quote one of my favourite books by Robert Munsch that I love to read to her with so much feelings - 'I’ll love you forever, I’ll like you for always, As long as I’m living, my baby you’ll be,'" wrote Anne in her caption.

For his part, Erwan said: "Here is to a year when absolutely nothing went according to plan, except for this little bright light. When days crawled and months raced by. When I became a student again and she, my teacher. Happy 1st birthday."

Ahead of their daughter's first birthday, Anne and Erwan launched a fundraising campaign, in partnership with the United Nations Children's Fund (UNICEF), to help disadvantaged mothers and children get the proper health care they need.

Since it was launched last month, the fundraiser has raised over P644,000, according to their gogetfunding.com page.

Anne and Erwan, who have been married for three years, quietly welcomed their daughter in Melbourne, Australia—where the actress-host spent her childhood before pursuing showbiz in the Philippines—last year.

They returned to the Philippines in early February after over a year of living in Australia.