Jake Ejercito credited his loved ones for helping him raise his daughter well. 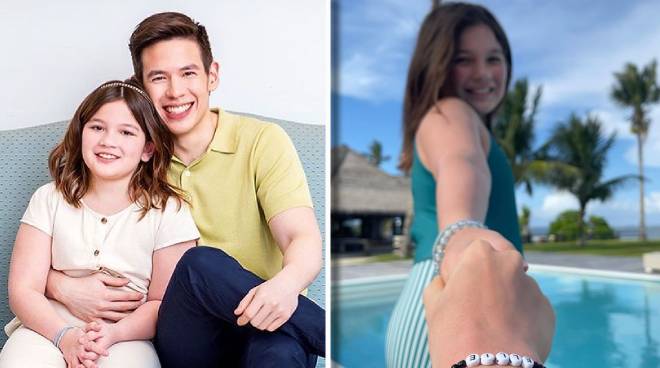 "I’m just trying to be the best dad for my daughter."

These were the words of Jake Ejercito as praises about him being a dad came pouring in.

In a Facebook post, the TV personality said that though he appreciates the positive comments about his parenting, he stressed that he is just doing his job as a father to the best of his abilities.

"Been receiving lots of positive comments about me being a 'good' dad to Ellie. Though I am truly humbled by and appreciate all the kind words, I honestly don’t think I’m doing anything special. I’m just trying to be the best dad for my daughter," he said.

He also stressed that he could have not raised his daughter Ellie well without the support of his loved ones.

"I’d also like to point out that I couldn’t have done it alone, especially at the beginning at such a young age and in a less than ideal situation," Jake said.

He added, "God knows how it would’ve turned out without the guidance and support extended to me/us by my parents, siblings, relatives, friends, and our kasambahays. And of course, Andi’s been a great co-parent too. They da real MVP’s!"

He also penned a message to young fathers like him.

"To all young dads out there, there’s nothing more fulfilling and beautiful in the world than to grow with and be best buddies with your child," he stated.