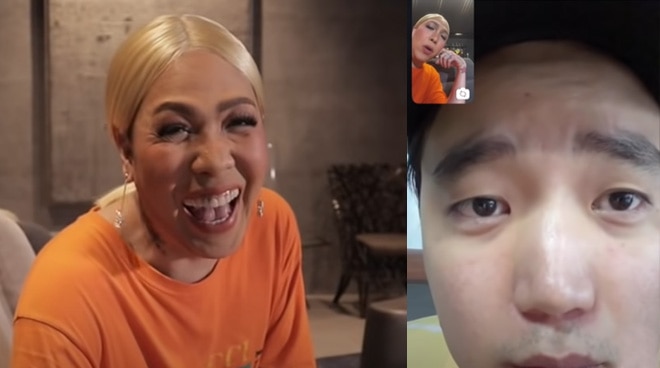 Vice Ganda did a prank call on one of his closest friends and It’s Showtime co-host Ryan Bang.

For his latest vlog, the Unkabogable Star came up with the “Choppy Choppihan” prank call video where he pretended he could not hear Ryan Bang on the other end of the line due to connectivity issues.

Each time he responded to Ryan Bang, the comedian also pretended he had an intermittent internet connection. Due to his constant faking of his line breaking off, Ryan could only hear garbled audio from Vice Ganda's end.

Read: WATCH: Ryan Bang becomes emotional when Vice Ganda told him he can't be by his side forever

In the said vlog, Vice kept telling Ryan about the mandatory swab testing for those who enter the premises of ABS-CBN. Vice then followed it up with a fake message from ABS-CBN Chief Operating Officer for Broadcast Cory Vidanes specifically directed at Ryan.

During the first part of the conversation, Ryan appeared to understand Vice despite the latter’s vague remarks until he was told it was about his swab results.

In the end, Ryan eventually realized he was being pranked when he noticed Vice twisting his tongue.