WATCH: Ivana Alawi gives a tour of her walk-in closet at home

Sexy actress Ivana Alawi gives her fans a sneak peek of the ongoing renovation of her walk-in closet. 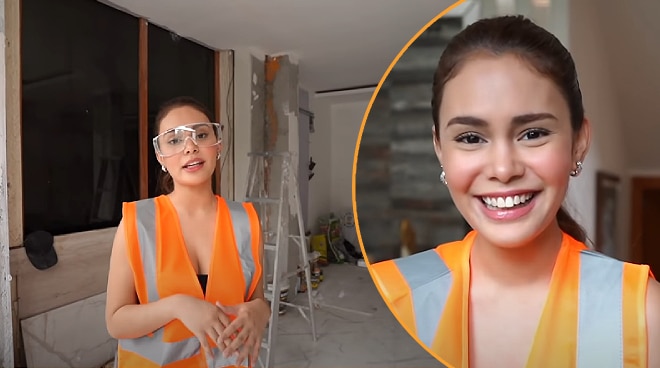 Aside from having a second home under construction, vlogger Ivana Alawi revealed that the spacious room dedicated for her walk-in closet in her current home has been under construction for the past two years. At the moment, the 24-year-old actress said she’s been using a smaller closet inside her bedroom temporarily.

Ivana showed her YouTube followers how she plans to divide the room into separate areas for her makeup, bags, clothes, and shoes. Part of her plans include replacing the current windows with one big glass panel for a clearer unobstructed view. The loft-type closet also has a staircase which will have gold railings because it is Ivana’s favorite color.

She also shared the actual designs of her walk-in closet made by UID, the same group who renovated her home in Bahrain and who is also behind the design of her other home which is still under construction.

The actress, along with her two siblings Hashim and Mona, started painting the room and tried out their hidden handyman skills in various parts of the room. After trying out different activities, Ivana shared her newfound appreciation for workers after their experience.

Before ending the vlog, Ivana explained the need for a second home as well as what her fans can look forward to in her future vlogs.