Kim Soo-hyun opens up his vulnerabilities as he graced the latest cover of ‘Vogue’. 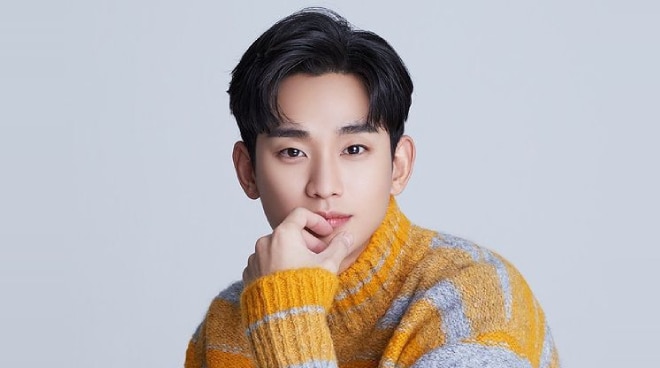 Kim Soo-hyun may easily be one of the most brilliant actors of his generation in South Korea. But even after years of proving his worth in the industry, there were still times when he almost felt like he needed a break.

In an interview for Vogue, Kim Soo-hyun opened up about his journey throughout his career for more than a decade and how it changed as time went by.

“I first started in 2007 and somehow I’ve already found myself here. If I look back, there were abundant times to the point of excess, but there were also times when I regretted, retreated, felt a lack. I can’t judge whether I was right or wrong when I look back on the past, but I also don’t feel like I should have avoided those situations,” he said as translated by Korean entertainment site Soompi.

READ: Here's the first look of Kim Soo Hyun’s comeback series ‘It's Okay to Not Be Okay’

He added: “Time will pass, and whether it’s an honor or a wound, both of them leave traces. I’m still running toward a dream, and I don’t know how long I’ll be able to make myself heard as an actor, but I’m still able to endure the feelings that surround me now.”

Admitting he felt desperate at one point in his life, Soo-hyun said he knew he needed a break at that time. And so it came when he entered the military for his mandatory service.

“There was never a time in which I got swept up in a situation or felt desperate, but there was a time when I needed a break. Fortunately, this was around when I enlisted and I found both my question and answer at the same time. I did a movie in between, but not everyone goes to the theater, so the last time people could easily see me was in the 2015 drama The Producers,” he stated.

But filling a five-year gap also felt like a huge challenge for Soo-hyun who admitted feeling pressured about showing a new side of him.

“I was in the military for two years, and no matter how fast I chose a project once I was finished, 2020 was the earliest that people could see me again. I questioned whether I could fill that gap of five years. It wasn’t exactly the fear of disappearing from people’s memories, but rather a sense of pressure about showing a new side of me while remaining familiar. With the advent of digital platforms, the viewers’ choices have expanded, so I couldn’t be the only one staying in place,” he stated.

After getting discharged from the military, Soo-hyun said a lot of things changed in him.

“I stopped feeling greed. Before then, I felt like I was responsible for doing a certain amount, and I had this greed to make myself stand out with my acting in each scene. But after I was discharged, I learned how to fit in with the overall scheme. The environment of broadcasting is such that one person can’t fill the whole space,” he said.

He went on: “It’s only when you acknowledge others and blend in that you and your partner can shine. I also got rid of a lot of negative thoughts. Apart from work, I tended to approach things with a negative attitude. I’m the type to overthink, but now I accept things as they are. If I can, I try to be positive, but at the very least I try not to dig too deeply into it. If I try too hard to perfect something, then I get stuck in that rut and lose something else. Then I get more regrets, and it ends up poisoning all my attempts to start something new.”

Kim Soo-hyun’s most notable dramas include Dream High, Moon Embracing The Sun, My Love from the Star, The Producers, and the 2020 hit It’s Okay Not To Not Be Okay.

He also appeared in the films The Thieves; Secretly, Greatly; and Real.