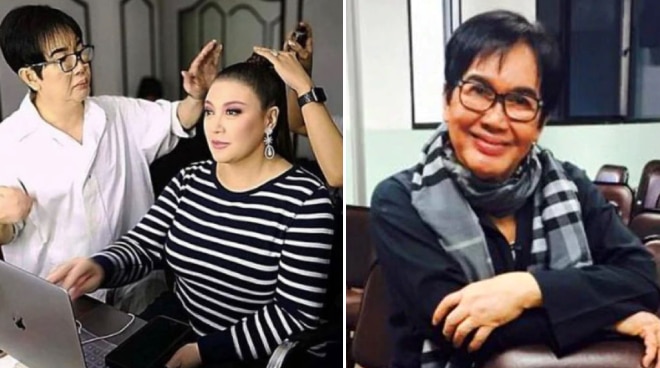 On Instagram, Sharon shared a screenshot of the post and in the caption, she wrote: "This is circulating now. It is fake news."

"May malay daw si TF today so I called him and the nice nurse put me on speaker kaya nakausap ko siya kahit 'di sya makasagot," she said.

Sharon then asked for her fans and followers to help spread the word that Fanny is still alive.

"Buhay pa siya. And to those who have nothing better to do, this is not the time to be assholes okay? Sorry pero ang sasama niyo!" she added.

Her post comes a day after Sharon revealed that Fanny, who suffered a massive stroke last March 16, was now on life support.

"HINDI KO NA KAYA. Tita Fanny is now on life support... meaning, without all the machines connected to him, he would no longer be able to breathe on his own," she said in her post last Wednesday, March 24.

"I do not know what to do with myself," she continued. "TF, I promised you years ago that I would take care of you until the end... I think I have kept that promise. But THIS IS NOT the end I want for you... I know it is all God’s call and His decision, but I wish you weren’t in this situation. I truly have no words to say... There are just no words for how painful this is for me and the others who love you."

Fanny, whose real name is Felix Mariano Fausto Jr., first suffered a stroke in 2016. He was rushed to the Philippine Heart Center in Quezon City and was confined for observation.

In a previous interview, Fanny said he considers his recovery from the stroke a "miracle."