How to deal with envy and comparisons according to Pia Wurtzbach

Beauty queen-actress Pia Wurtzbach got candid about her own insecurities as she shared her thoughts about envy and being pitted against other women. 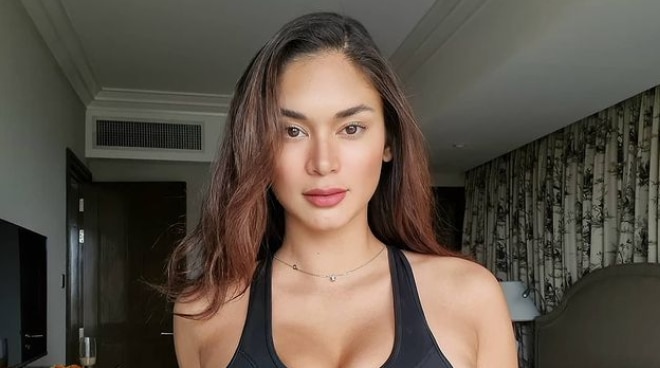 Beauty queen-actress Pia Wurtzbach got candid about her own insecurities as she shared her thoughts about envy and being pitted against other women.

In the latest vlog of host Bianca Gonzalez, Pia said it's common and completely normal to question yourself and feel like you're not good enough.


“Honestly, I’ve been through that also before. With the way I started in showbiz pa lang and in pageants. Siyempre hindi naman ako agad na umabot sa Miss Universe. Parang ang dami ko ring rejections nung nagco-commercial pa lang ako, nung naga-artista ako. Tapos natalo ako nang natalo sa [Binibining Pilipinas]. It’s not so much of ‘why her?’ It’s more of like, ‘why not me?’ ... It’s more of na, kine-question mo ‘yung ‘May kulang ba sa akin?’" she said.

Recalling the time she lost to MJ Lastimosa at the Binibining Pilipinas pageant in 2014, Pia said: “The second time I lost, MJ Lastimosa won, right? And then before she was announced the winner, I was standing right beside her and the camera kept panning left and right between us two. So of course, when you’re standing there, and the winner’s not announced yet, you’re thinking, ‘My gosh, isa sa amin.’ And then it ended up becoming her and then she had her crowning moment. I went backstage, I cried, and then that.

"I never hated her, and I know people are going to say, ‘Totoo ba? Parang hindi ka nainggit sa kanya of nagalit sa kanya?’ It’s not really her, I’m just hurt that I didn’t win. But it’s not that I don’t like her or I hate her... It’s more of the disappointment within myself na saan ba ako nagkulang? Ano pa bang kailangan kong gawin?”

According to Pia, instead of feeling envious, "try to really think—is it because you’re projecting your insecurity on somebody else?"

"Upset ka na siya may achievements tapos ikaw wala? I don’t think you should be mad at her. Maybe there’s something that needs to be worked on in yourself," she said.

Personally, Pia said the way she deals with envy is she simply reminds herself that it's not yet her time.

She also stressed the importance of being self-aware when dealing with envy.

However, Pia noted that it's harder now with social media, where everybody seems productive and looks like they’re having the best time of their lives.

"But, you know, social media, siyempre naka-plan na ‘yan. Naka-filter na ‘yang mga ‘yan. Everybody puts their best face forward online, and that’s not real life. You have to remember that," she said.

Meanwhile, when it comes to being pitted against other women, Pia mentioned the supposed "rivalry" between her and her fellow Miss Universe titleholder Catriona Gray.

READ: This is the show that Catriona Gray hopes to do with fellow Miss Universe winner Pia Wurtzbach

“A lot of people really still compare me with Catriona because pareho kaming nanalo sa Miss Universe. Even though we didn’t compete in the same year, my experience was completely different from her year, pinagsasabong kami ng mga tao. Personally we’re okay, wala, wala talagang problema. It’s more of the very passionate supporters and I don’t know who created this parang idea that we don’t like each other," she said.

To finalize her thoughts, Pia said there is no need to compare yourself to others, or to pit people against each other, as there is enough space for all.